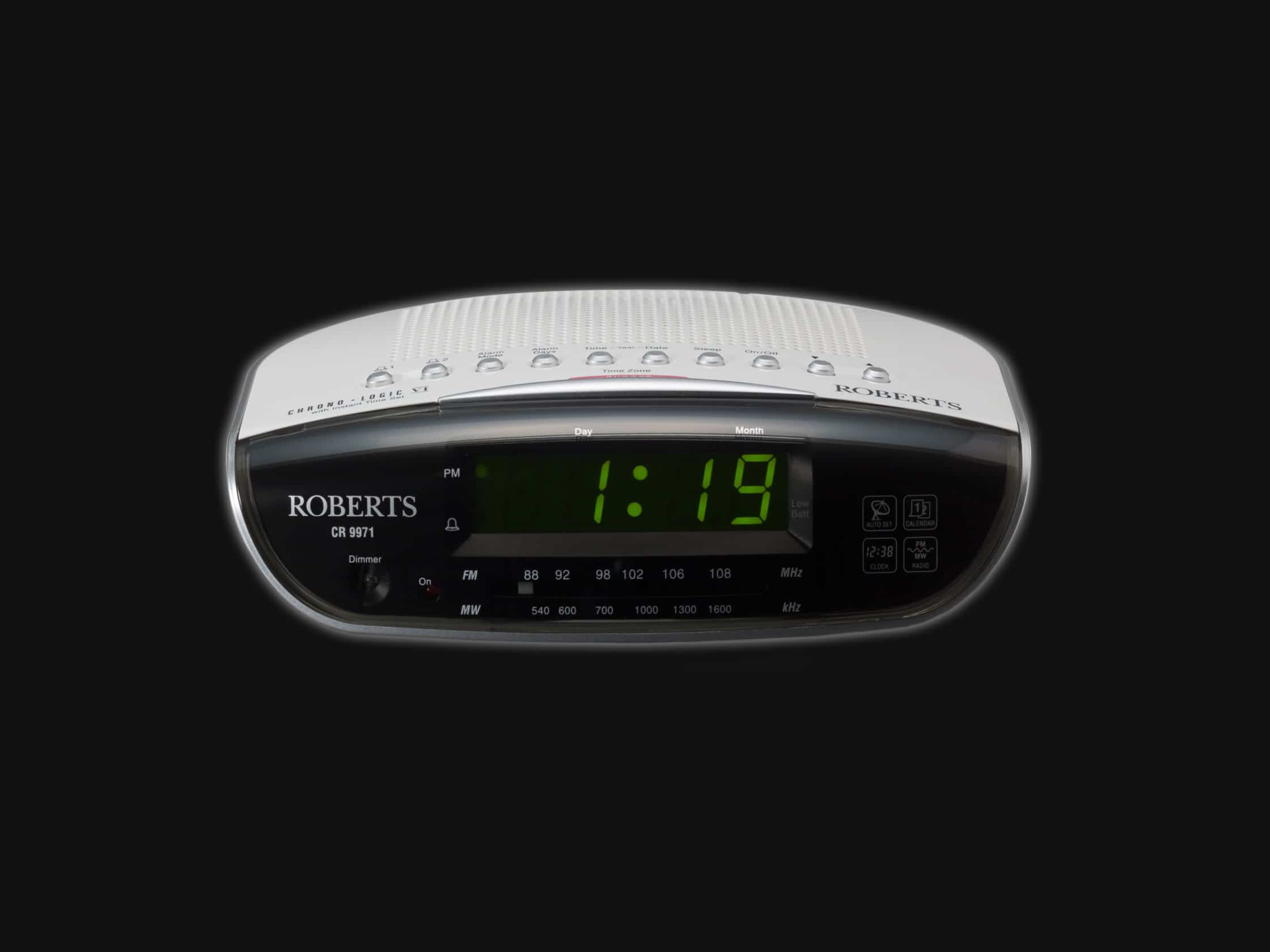 Sure, it has the sleek design appeal that you’ve come to expect from the creators of the Roberts Stream 94i, and the wide range of little silver buttons on top hint at greater functionality. But is this nifty bedside clock from Roberts really worth your money, or not?

To help you make the right choice with your alarm, we put one of the most popular analogue clock radio options on the market to the test. Our Roberts Chronologic VI review gave us an insight into the dual alarm functionality, the sound quality, and even the snooze function (we used that one liberally).

Read on for everything we learned about this appealing clock radio.

Alright, bear with us here, because what we’re about to say might shock you.

If you’ve browsed through our Roberts Revival review in the past or checked one of dozens of other evaluations that we’ve done in the past, then you’ll probably know that we often praise the style and sophistication of Roberts radios.

Most of the high-end products from Roberts are designed specifically to deliver all of the retro appeal you need to find yourself basking in the glow of audio nostalgia. However, the Roberts Chronologic might not be the most unattractive clock in the world, but it’s also nothing special.

To be fair to Roberts, there’s not much that they could have done with this device to make it more appealing. It’s an analogue clock radio, which means that it’s going to be a bit basic. However, it reminds us of the kind of thing you’d see on the side-table of a hotel room in the 70s – just with a few more bells and whistles.

On the plus side, even if the design isn’t particularly attractive, it is functional. The clock is easy to read, and the wide range of buttons on the top of the device makes it easy to do anything from setting an alarm, to snoozing your alert. Additionally, there’s a dimmer switch for the display so that you can avoid being disturbed by extra light when you sleep.

Okay, so we weren’t exactly blown away by the way that the Roberts Radio CR9771 looks – but that’s alright. There’s more to an analogue clock radio than its appearance, after all.

When it came to testing the features, we approached this part of our review with a little bit of anxiety. Ultimately, when you get any high-quality tech product for £20 or less, you’ll usually expect to miss out on some features here and there. However, the Roberts Chronologic VI happens to be a highly sophisticated radio, with all the functionality we could ask for.

Sleek and simple, the Roberts Chronologic VI clock radio is a compact tool complete with analogue FM and MW wavebands. Beyond the ability to play radio, you’ll also have a snooze function, sleep timer, and auto dimmer for the display. Another handy feature is the fact that the time will automatically change when the clocks go forwards and back, so you don’t have to deal with them manually.

By William Baker
In Radio Reviews

The Roberts Radio CR9971 doesn’t have the same music quality for personal listening as the Roberts Sports for instance, but it’s still good enough to wake you up to reasonable sound quality each morning.

The thing to remember about this particular clock radio is that it was designed as a clock first, and a radio after. It’s not going to fill your house with music – but it will get you up when you need to be awake.

Although the sound quality for the Roberts radio is just “okay”, the functionality of this device as an alarm clock is probably better than we expected. You get real control over your sleeping and waking times with this machine, including access to things like multiple alarms, and a weekend function when you need a lie-in.

There’s also automatic summer/wintertime, an easy snooze capability if you need help getting back to sleep, and also a back-up battery. That extra battery means that if there’s a power cut in the middle of the night, you still won’t be late to work.

Roberts Chronologic VI review: Verdict
So, what are our finishing thoughts on this analogue clock radio? Is it worth you rushing out to buy it for your bedside table? Or should you search elsewhere?

Well, in our opinion, there are nicer Roberts radio alarm clocks out there to wake you up each morning. We love Roberts Blutune T2 for instance. However, if you're looking for something relatively simple that isn't going to break the bank, there's nothing wrong with the Roberts Chronologic VI. You still get a crisp and clear quality of sound, combined with plenty of great alarm functions too.

The Roberts CR9971 also allows you to wake up on your terms, with snooze functions and separate alarms to suit you.
Sound
92
Design
90
Connectivity
87
Build quality
87
Positives
Easy to use
Plenty of great features for your alarm
Back-up battery just in case
Wake up options
Weekend mode
Negatives
Not the best sound quality
Limited in radio functionality
89
Sweet
Where to buy
Amazon
Start typing to see results or hit ESC to close
Reviews DAB Radios Digital Radios Radios Portable Radios
See all results

If you have a love for radio, subscribe today and stay tuned to the latest industry insight!
More Articles