How to get your song on the radio: Everything you need to know 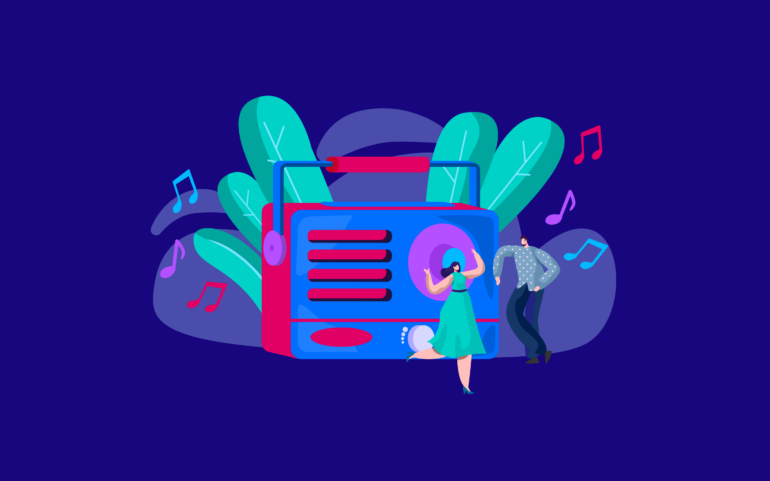 Even to this day, “how to get your song on the radio” is a common thought for many aspiring musicians. Getting your music aired to a broader audience is an excellent way to build awareness and slowly funnel listeners down to other potential revenue streams.

It’s easy to think that getting your music played on the radio is nothing more than a delusional pipe dream. However, it’s easier than you think – and you’ve got plenty of possibilities when doing so.

If you’re wondering how you can get your music played on the radio, you’re in the right place. This guide will show you how to submit to radio stations and what you can do to ensure that your music gets the best chance of being aired.

How do songs get on the radio?

One of the main ways that songs get on the radio is through submissions. Often, record labels and independent artists will send their work to a station they think will give them airtime – and the radio will later decide whether they think it’s worth getting played.

However, radio stations don’t rely on submissions alone. And for some of the smaller ones, doing so would be a potentially risky route.

Sometimes, broadcasters will look for music that appeals to a particular demographic. Part of this is to ensure that advertisers continue spending their money on promoting themselves via that platform.

Each radio station has its own strategy for choosing the right songs to play, and it differs depending on the business model.

How much does it cost to get your song on the radio?

Whether or not you pay to have your song on the radio depends on your outreach method. It costs nothing to submit your music in the hope of getting played, and many broadcasters have a section on their website where you can send your work to them.

Needless to say, relying solely on submissions to hope that your song is played isn’t a good strategy for many artists. It pays to diversify your tactics; if you’ve got a little money behind you, you can consider paying for promotions.

Depending on whether you’re submitting a single or something longer, the cost will vary.

Do you get paid if your song gets played on the radio?

If your song gets played on a commercial radio station, you’ll usually get paid royalties. However, the money won’t necessarily go straight to you.

If you’re signed to a record label, they’ll usually receive the money first. How much you receive depends on your contract; the money might need to be split between producers, songwriters, and so on.

Radio stations will usually pay out within certain time periods, such as a month. You’ll be paid depending on how many times your song was aired during that time period.

The amount you get paid for having your song played on the radio depends. Typically speaking, national broadcasters will give you more than regional ones.

Is it still worth getting your songs played on the radio?

These days, the radio isn’t as dominant as it once was. Streaming platforms like Spotify have changed the music industry forever, and social media has given artists an additional platform to promote themselves and make a living from their passions.

With all of the above, it’s easy to find yourself wondering: “is it still worth getting your songs played on the radio?”.

In short, yes – it is. Just because other platforms have emerged alongside radio, it doesn’t mean that the medium is dying out completely. In the US alone, Statista reports that radio stations reach 82.5% of the country’s population each week.

Across the pond, radio is still popular in the UK too. In Q4 2019, over 33 million people listened to the BBC’s radio stations.

Having that much reach can provide a huge springboard for any artist that adds value to people’s lives. The radio industries in both countries are also still huge money-makers, totaling billions of dollars annually.

Ways to get your song played on the radio

Now you know a bit about how music on broadcasting platforms works, we can start looking at how to get your song played on the radio. Generally speaking, you’ve got two options; we’ve listed these below.

Non-commercial radio stations focus more on providing quality content for their audience, as opposed to caring too much about ratings. They’ll often feature a wider variety of genres that cater to a larger audience within a particular demographic.

College radio stations are a prime example of a non-commercial platform. Stations with this model are usually funded by non-commercial entities – though they can still have advertising in some instances.

Commercial radio stations can’t be as flexible with their programs because, in most cases, their primary focuses are generating profits and achieving high approval ratings.

Compared to non-commercial radio stations, these will rely a lot more heavily on advertising for their revenue. You’ll hear it a lot more frequently when you listen to pretty much any show.

In many cases, commercial radio stations tend to favor music that will be more popular with their audiences. You might find it more difficult to grab a spot on these, though it’s not impossible.

Now that you know what your options are for getting your song played on the radio, you can focus on giving yourself the best possible chance. While the ultimate decision lies with the station, you can do several things to get yourself noticed.

Below, we’ve outlined some of the top ways to boost your chances of receiving airtime and growing your presence via this platform.

If you want to give yourself the best possible chance of getting played on the radio, it’s important to think carefully about the radio station you want to choose. For this step, you must look beyond royalty earning potential alone.

Make sure that the stations you choose have a clear interest in the genre your music falls into. Those that match your interests should form the bulk of your outreach strategy, though you can of course try your luck with some of the others if you think they might take a chance on you.

By knowing which radio stations are the best fit, you’ll save yourself a lot of wasted time and energy.

Be your authentic self

Radio stations, especially the larger ones, get countless submissions each day. Unfortunately, the vast majority do not stand out; part of that boils down to the fact that many artists don’t stay true to themselves.

One of the best ways to ensure that you get noticed is to be your authentic self. Create music that comes from the heart, and try to avoid capitalizing on trends; doing so will hold you back instead of propelling you forward.

Get really good at pitching yourself

If you want to carve a successful career in any creative industry, you need to get really good at selling your skills. Yes, the quality of your work counts – but you need to be confident enough to give people a reason to take notice.

When you submit your music to radio stations, think about how you can make yourself stand out. It might be a video introducing yourself or a quirky letter. Eventually, someone will give you a chance.

Try with your local or college radio station first

It’s easy to go straight for the big guns, but it’s worth starting out small to gain some confidence. If you’re studying, consider pitching to your college radio station. Doing so will give you a taste of how to submit to radio stations, and it’ll also increase your chances of building a local audience before you go big-time.

In addition to your college, it’s worth submitting your music to local radio stations. This will get you known in the local area quicker, and your name will begin to spread as others start referring you.

Alternatives to having your song played on the radio

Knowing how to get your song played on the radio can provide an excellent base for exposure and income. However, as any artist will tell you, the key to sustaining success for the long run is to build multiple streams for these.

Below are three additions you should consider:

Spotify is the go-to music streaming platform for listeners looking to discover new tunes, which makes it an excellent place for an up-and-coming artist. You can create an account with minimal effort and begin engaging with your fans through engaging text and visuals.

Spotify pays royalties for streams, though these will depend on various factors – such as where your audience lives.

Social media has helped several music artists build long-lasting careers, and it can be a powerful tool for you to grow yourself if you use it correctly. TikTok is a good place to promote your music, and you could generate extra income through the creator fund.

Instagram is also a useful tool for engaging with your audience and promoting your creative work, and so is Twitter.

YouTube is an excellent tool for sharing your music, regardless of whether you have videos too. Once you hit 1,000 subscribers and 4,000 watch hours, you can also earn income through the platform’s monetization program.

Getting your songs played on the radio: plenty of options

Starting in a creative field is daunting, and knowing how to get your song played on the radio can feel like an uphill battle. However, plenty of musicians have done it before – and there’s still plenty of room for you to join the party.

Getting your song played on the radio requires knowing a little about how these platforms work and what they look for. In some cases, you might feel hard done by when your music doesn’t get played – but it’s worth remembering that many need to focus on ratings and what’s popular.

As long as you’re persistent, you’ll eventually get your songs regularly played on the radio. Consider starting small in the beginning, and don’t be afraid to post your content elsewhere too. 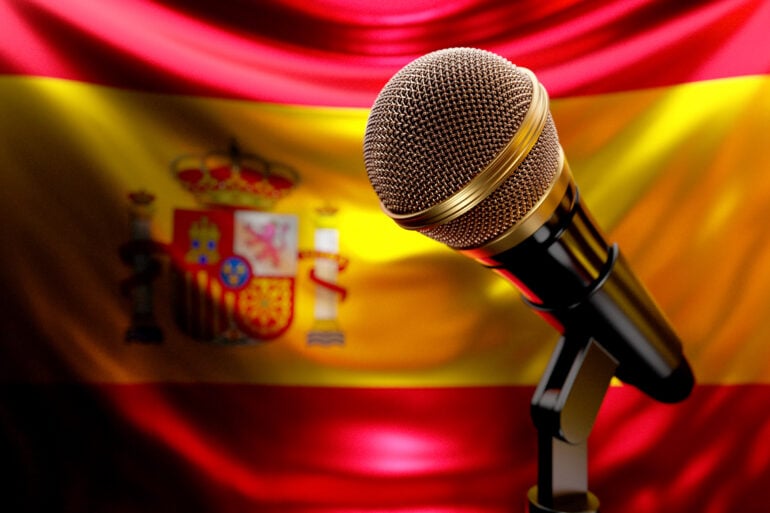 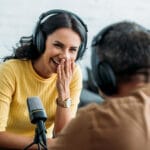 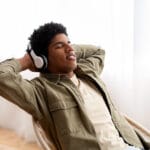 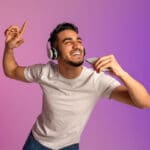