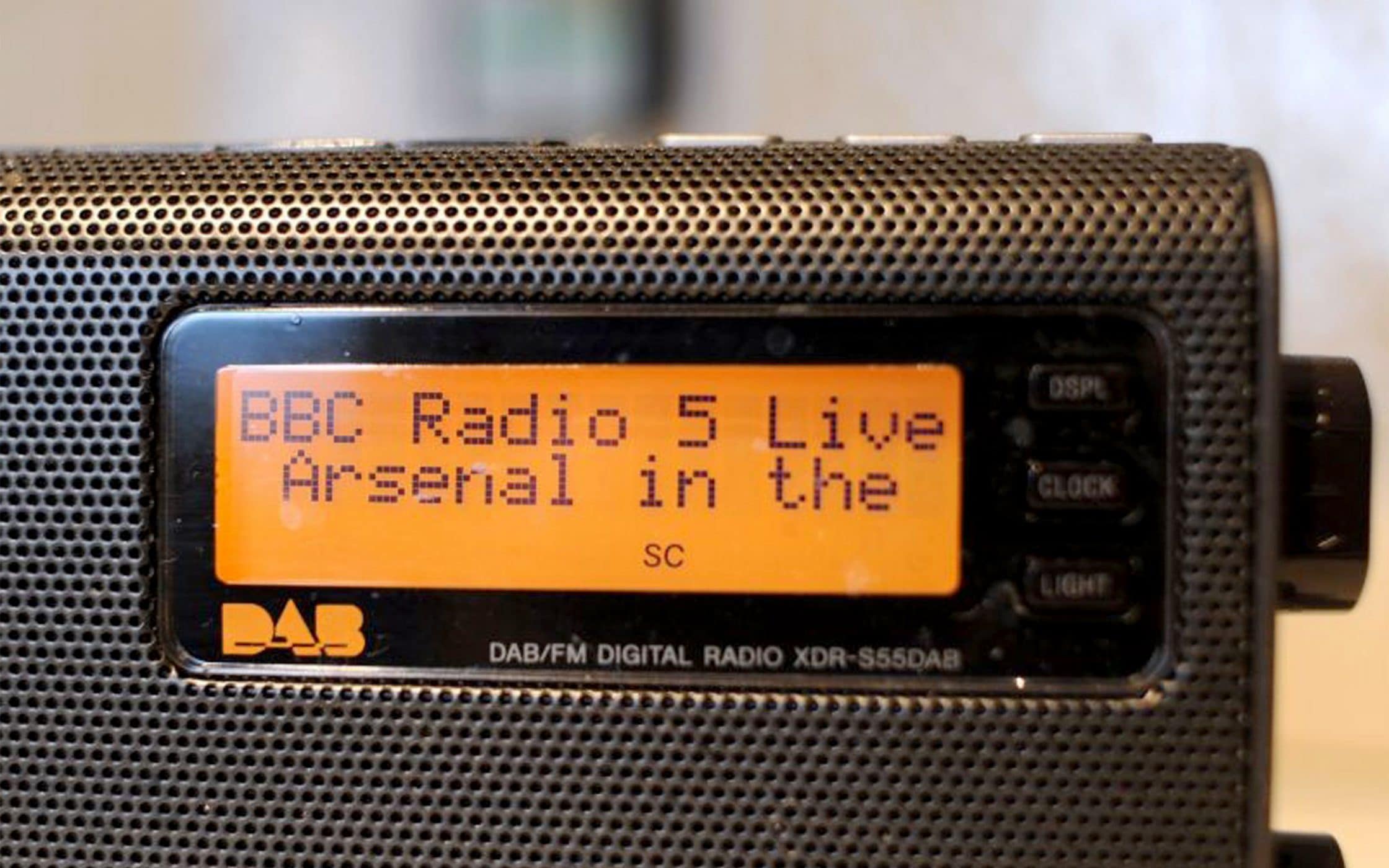 The BBC isn’t just the oldest broadcasting station in the world; it’s also the largest according to number of employees. Overall, the BBC is home to 20,950 members of staff, and that only includes full-time workers.

The British Broadcasting Corporation is one of the most iconic facets of British culture. Over the years, this organisation has brought the country endless hours of entertainment, news broadcasts and information.

Whether you’re a fan of the humour and satire on Radio 4, or you love staying up-to-date with the latest tunes on Radio 1, there’s something for everyone.

So, where did the history of BBC Radio begin?

What was responsible for giving British broadcasting its voice?

What is BBC Radio, and where did it begin?

The British Broadcasting Company was originally formed on the 18th of October 1922. The organisation was created by a group of wireless radio manufacturers, including the father of radio – Guglielmo Marconi.

The British Government initially licensed the BBC Radio station through the General Post Office. At the time, the Post Office had complete control of the airwaves because the UK believed that radio frequencies were a part of the services that the Post Office provided.

Today, the country still considers radio broadcasting to be a big part of what the Post Office does.

The first BBC Radio broadcast to emerge from the enterprise came from Marconi’s studio in London, called 2LO. The first words we heard were “This is 2LO Calling” – Not exactly a top 10 hit, but iconic all the same.

The Director General of the time, John Reith focused on delivering high-level programmes for people all across Britain.

At the beginning of BBC Radio history, the BBC was an organisation responsible for managing a network of separate local stations, all connected to London via telephone lines.

These stations were based in locations around the UK, including Manchester, Newcastle, Belfast, and more. Each station could handle about twenty miles of broadcasting radius.

Initially, the BBC focused on showcasing local talent – and people appreciated the programmes. However, in the early 1930s, the airwaves grew more competitive, and the BBC decided to abandon local radio in favour of regional and national services.

The British Empire service also emerged in 1932, allowing the BBC to broadcast overseas.

By 1964, the nature of radio had begun to change. Commercial channels were in full sway, driven by the rise of new pirate radio stations that began to ring out across the British Coastline.

The British Government jumped into action by passing their Marine Offences Act, which wiped out unregulated stations by 1967, banning citizens from working on a pirate station.

One of the stations, known as Radio London, was so popular that the BBC attempted to copy it as best they could. This led to Frank Gillard – the director of the BBC at the time, creating the four basic analogue channels that still form the foundations of BBC Radio today.

The three original BBC networks, Home, Light, and Third were renamed to BBC Radio 1, 2, 3, and 4.

The BBC also hired a host of broadcasting staff that had previously worked on offshore stations, including Kenny Everett, and Tony Blackburn.

The arrival of the four primary BBC Radio stations began as a response to the changing world of entertainment.

By the mid-1960s, pirate radio stations were extremely popular, but the crackdown on these stations by official government bodies meant that traditional stations had to adapt to meet different tastes.

Only 6 weeks after the Marine Broadcasting Offences act appeared, the Home Service by BBC Radio changed into Radio 4. The Third Programme became Radio 3, and the Music and Light programmes merged into Radio 2.

At the same time, other popular names joined the ranks, including John Peel, who had been responsible for hosting the overnight show on the “Big L” pirate radio station.

By the time the mid-1970s rolled around, Radio 1 had successfully established itself as the most popular station in the country. The channel maintained its top spot until the 2000s when Radio 2 took over with more than 15 million listeners.

Radio 4 is now the second most popular channel, with over 11 million fans.

BBC Radio history effectively created one of the best-known and most-loved sources of entertainment in the country. BBC 1 Radio has even adapted to suit the demands of the digital era, with a YouTube player, and even an impressive social media presence.

Radio 1 also has the support of the 1Xtra channel, which is home to many of the UK stars that appear on Radio 1.

While Radio 1 delivers music and news, Radio 2 is all about the entertainment. With charismatic personalities like Paul O’Grady and Graham Norton, combined with the latest music, the channel can capture the attention of its target audience all day long.

Radio 3 now gets the least attention out of all the channels, but it has a far more niche audience. The classical music and traditional shows on Radio 3 don’t appeal to the wide range of younger audience that tune into BBC Radio on their way to work each morning.

Even BBC 4 remains a strong contender in Radio history. For some, it’s the station that represents the UK, with satire and witty comedy, combined with political commentary, the Archers drama, and Desert Island Discs.

The history of BBC Radio

Facts you may not know

Since its official emergence in 1922, BBC Radio has evolved to become a pivotal part of British culture. Every day, people across the country tune in to listen to their favourite songs and shows.

It’s not much of a surprise that the BBC has been such an incredibly successful company. Until 1973, no other broadcasting organisation was licensed to run in the UK, which gave the company a monopoly over the airwaves.

In the 70s, however, commercial competition began to appear from overseas, and the BBC was forced to pursue greater growth.

BBC Radio has always been able to adapt to suit the needs of its audience and era. Here are some interesting tidbits that you might not know about the history of BBC Radio.

How BBC Radio has evolved over the years

At the start of BBC Radio history, there were only 3 stations to choose from, the Light station, the Home station, and the “Third” programmes. Today, the BBC has 11 national domestic shows – 6 of which are available exclusively in digital format.

The primary radio stations are available in both FM and AM frequencies.

Here are the best-known stations in the history of BBC Radio:

There are also a lot of phone-ins available on this channel too. If you’re looking to keep track of football, and other sporting events, this would be the channel for you.

To adapt to the increasing demand for digital radio, the BBC also created a host of DAB only channels. Here are the best-known digital channels in the history of BBC Radio:

BBC Radio around the world

Throughout BBC Radio history, the broadcasting station has evolved into so much more than just a local source of entertainment. Now, the BBC also runs radio stations for various national regions and locations around the world.

The regional stations cover Northern Ireland, Scotland, and Wales. Each of these stations cover more local debates than the primary programmes hosted throughout the country.

Additionally, the BBC’s regional stations are best-known for their diverse variety of talk shows and debates.

World-wide, the BBC has the BBC World Service, which is the largest international broadcaster in existence today.

BBC Radio World Service is available in 27 different languages and can be found in many parts of the world through digital and analogue shortwaves, as well as podcasting, streaming, and satellite.

Due to a mandate established when the BBC decided to go worldwide, the World Service remains politically independent and free from any commercials. Additionally, the programming is entirely not for profit.

What’s next for BBC Radio?

It’s hard to deny that the way that we listen to radio over the years has changed. However, one thing seems to remain consistent throughout the UK – we always have the BBC.

These days, it’s hard to imagine a time when you couldn’t turn on your radio and immediately tune into your favourite BBC channel.

Though podcasts and digital streaming have increased in popularity, BBC Radio has retained its popularity, with millions of listeners around the country. There are even global fans tuning in world-wide.

The BBC recently upgraded its iPlayer Radio app to the new “BBC Sound” solution. This allows people to download any programme directly from their favourite radio station for up to 30 days after it’s been aired.

The digital age is stronger now than ever before, but the history of BBC Radio proves that the British Broadcasting Corporation is no stranger to challenges.

Whether it’s overcoming the popularity of pirate radio stations by mimicking Radio London or designing a solution that allows them to broadcast shows around the world, the BBC always has something up its sleeve.

Today, we can rely on the BBC to bring us a little bit of everything through radio entertainment. If you want to tune in and find out what’s happening in the news, listen to the latest chart toppers, or just have a laugh with the comedy on Radio 4, the BBC has you covered.

The BBC also syndicates podcast and radio content to stations and services around the globe through the BBC Radio International Business.

Radio comedy continues to be one of the most popular reasons to tune into BBC Radio today for listeners across the globe. Many people consider Radio 4 to be the home of British radio comedy.

No matter how you feel about the BBC, they’ve always played a huge part in shaping the past, present, and future of radio. 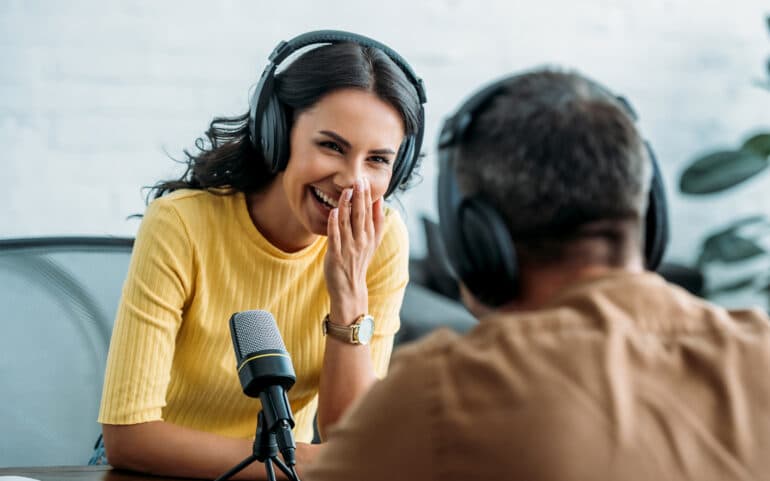 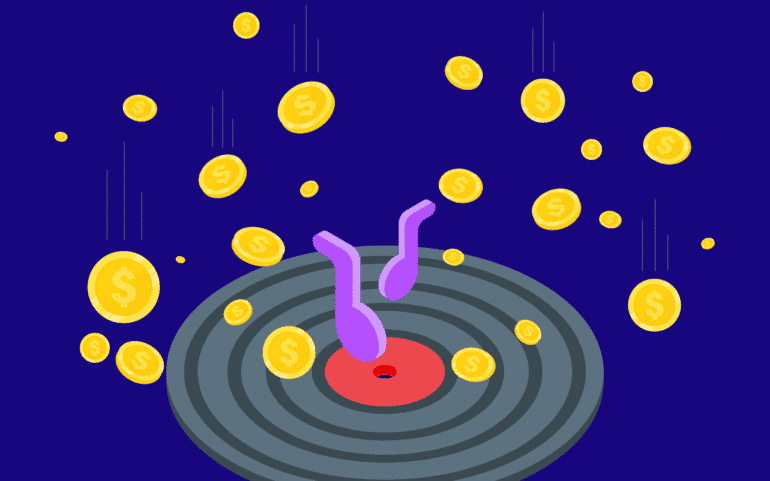 Do radio stations pay to play music? Since, most of the time, you don’t pay to… 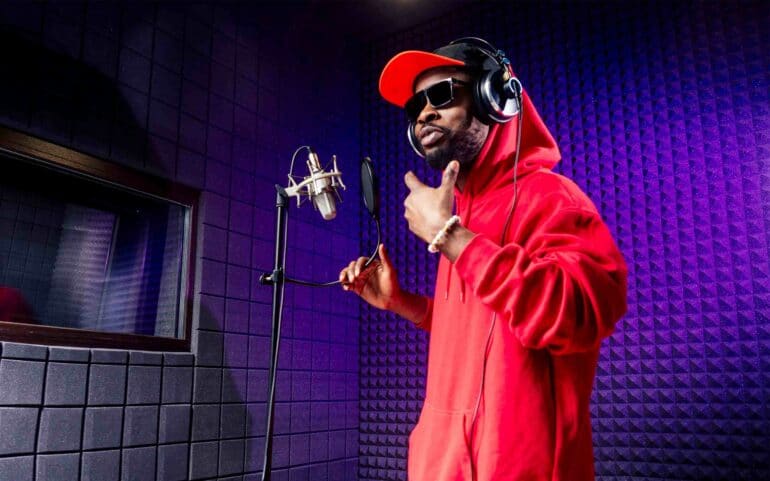 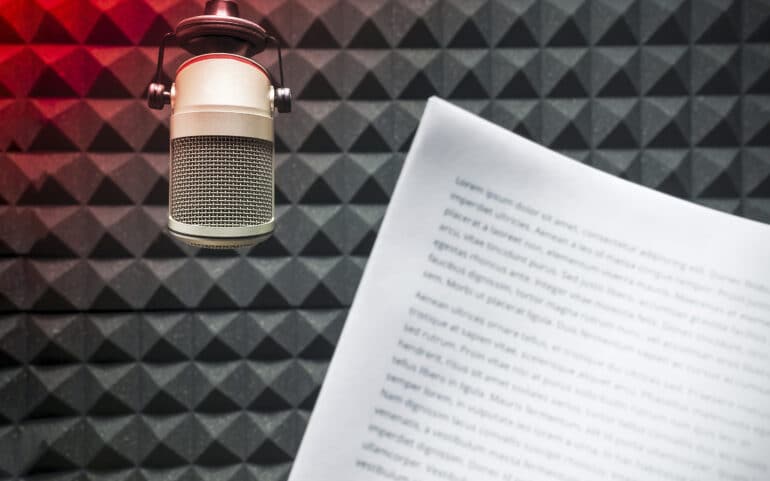 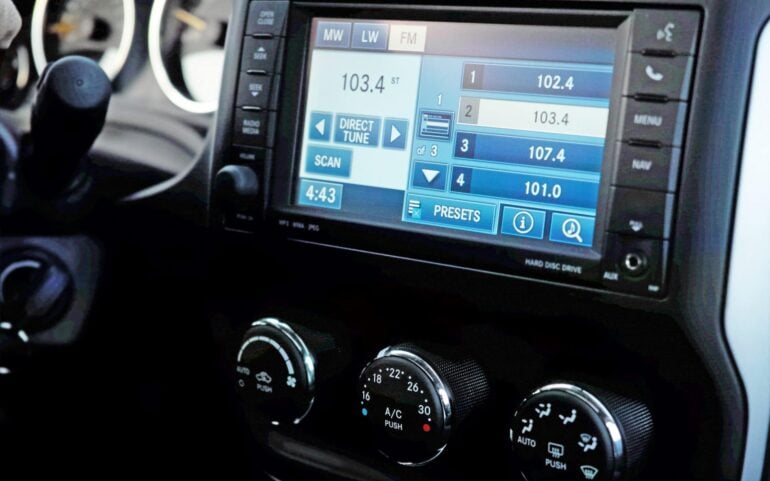 A source of entertainment, information, and worldwide communication – the radio has had a significant impact…

What is a radio jingle, and how has it become such a significant part of the… 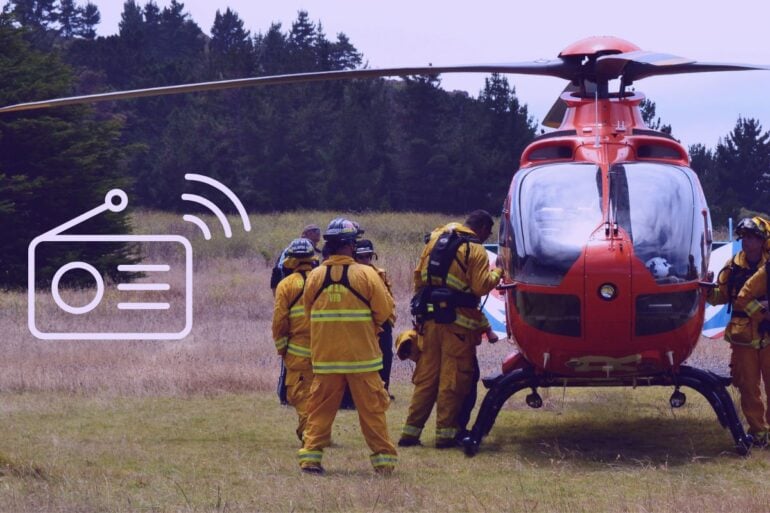 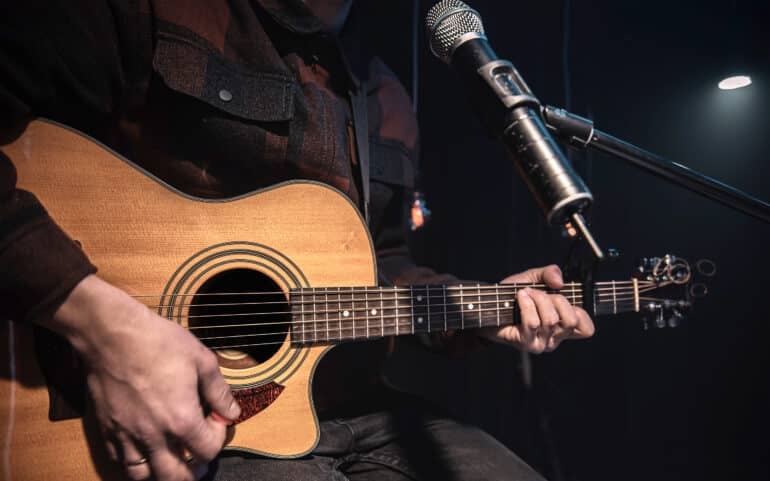