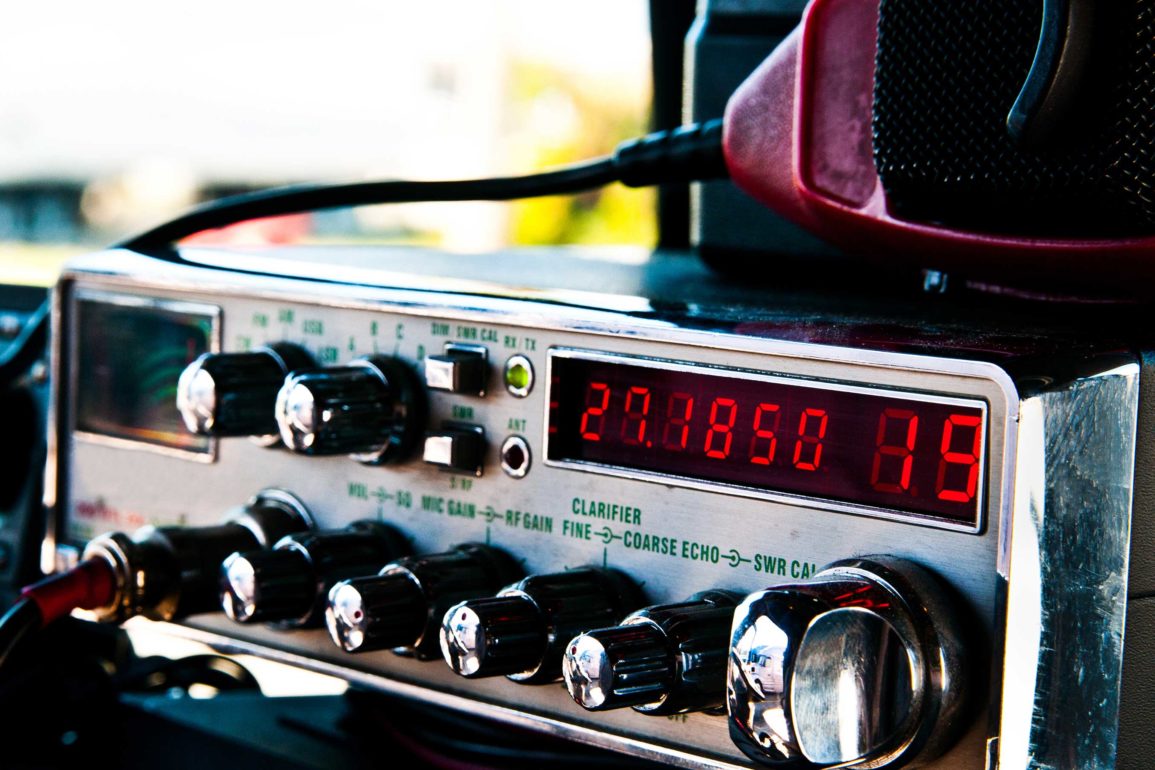 What is ham radio? An intro to ham radio for beginners

Radio has appeared in countless forms throughout history.

From a crucial mode of communication to a tool for advertising, radio is versatile in its ability to bring people together. However, it’s fair to say that some parts of radio are better-known than others.

Amateur radio, otherwise known as ham radio, is an often overlooked part of the audio landscape. Although this technology has been around for decades, people still rely on it today.

Long-range ham radio helps with scientific discovery. Survivalist ham radio supports people in their quest to stay safe in a disaster. There are even people who experiment with ham radio frequencies for fun.

At its core, ham radio is all about using certain parts of the radio spectrum for the exchange of non-commercial messages. Wireless experimentation, private recreation, contesting, and more all play a part here.

If you’ve ever wondered, “how does a ham radio work?” you’re going to get all the answers you need right here.

This is your guide to ham radio for beginners.

What is a ham radio? The basics:

So, what is ham radio?

Ham radio is best known for its impact in survivalist situations. During chaotic times, ham radio continues to operate. The wireless technology offers reliability beyond the possibilities of power grids and cellular networks.

In emergencies, there are volunteer groups that use survivalist ham radio techniques to reach people in trouble.

There is more to ham radio than emergency broadcasting, however.

Amateur radio professionals use the transmission options within ham radio to communicate and connect with other enthusiasts. If you have a passion for the history of radio, you’ll find plenty of people like you on the airwaves.

The interest in ham radio is still going strong, even though the technology first emerged in the early days of radio, more than a century ago.

While there is a lot of technical jargon to get your head around as a beginner, many preppers and enthusiasts enjoy the technology because it provides a fun challenge. The downside is that you do need a license to communicate via ham radio.

There are currently around 750,000 licensed ham professionals in the US. That’s only a small portion of the certified users worldwide, which total around 6 million. The good news is that although ham radio can seem complicated, it’s getting easier.

Licensing requirements are changing. In the past, you needed to know your way around Morse code to be approved, that’s no longer the case. You can even take your exam for beginners ham radio online.

Why is it called ham radio?

There are a lot of common questions surrounding the niche of ham radio, such as:

However, one of the most popular questions is: why is it called a ham radio?

Ham radio seems like an odd way to refer to an amateur radio practice. However, there are a few theories about the origins of the name.

According to a magazine in Florida during the 1950s, HAM was the CALL code of the first amateur wireless stations. The Harvard Radio Club that create this channel were called Poogie Murray, Bob Almy, and Albert Hyman.

The first letter of the second names of each participant spelled “HAM,” highlighting a possible reason for the name. Many people disagree with this story on ham radio’s origins, however. A lot of experts believe that the term “ham” was a derogatory one.

Actors and other amateurs in their field were often referred to as “hams.” The American Radio Relay League says that any unprofessional radio frequency on the airwaves was called a “ham” as a kind of slang insult.

Arguments of the source of the name “Ham radio” have prompted some groups to create their own backstories or meanings for the term. For instance, some groups like to think ham refers to “helping all mankind.”

What is ham radio used for?

Now that you know a bit about where ham radio comes from let’s cover some other common questions about the tech. For instance: “What is ham radio good for?”

There are a lot of uses for ham radio, depending on who you ask. Most people see ham technology as a kind of disaster preparedness technology, similar to the wind-up radio. In times of global disaster, it’s not always wise to rely on the internet or smartphones.

Most modern communications channels rely on electrical and data grids.

Ham radio continues to operate in any circumstances. The Red Cross, FEMA, and other groups often use ham radio to spread crucial information. When natural disasters occur, ham radio offers a reliable way for teams to communicate.

There are countless forums today dedicated to survivalist ham radio for preppers. Many of the best ham radio for beginners products also come with features intended for disasters, like extra durability.

Other uses for ham radio include:

Just like most wireless technologies, ham radio works using electromagnetic radiation. With the right frequencies, you send Morse code, voices, and data around the world. The more you know about antennas, receivers, and transmitters, the more you can do.

Ham radio, like most radios, operate on the radio wave spectrum. The radio spectrum has huge wavelengths that can travel as far as 62 miles. Some experts even know how to use ham radios to bounce frequencies around the globe, as mentioned above.

Ham radio frequencies aren’t the same as the normal radio channels you’re used to when listening to commercial stations.

Ham radio operators often take advantage of repeaters for VHF that radio clubs have located all around the country. Many of these repeaters even come with back-up power options, like solar power, making them ideal for keeping communications going in emergency circumstances.

Ultra-high frequency radio waves also play a part in ham radio. These frequencies range from 300Mhz to 3Ghz. UHF systems have much shorter wavelengths than VHF. However, you do get a higher bandwidth and audio signal quality.

Do you need a ham radio license?

If getting to grips with ham radio for beginners leaves you curious about being more involved, there are some extra steps to take. If you want to experiment with short or long-range ham radio, you need the right license.

To keep the airways clear, government officials need to approve every applicant on ham radio. That means that you need a license to broadcast.

Ham radio licenses are usually pretty easy to obtain. You’ll need to make sure that you know your stuff first, however. Just like most certifications, you need to take a test to show your skills. The tests will cover your knowledge in amateur radio rules and electronics theory. 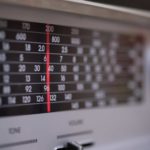 By Steve Harvey
In ResourcesSignals

The kind of license you want will determine how challenging your test is.

The most common ham radio licenses include:

If you need help getting started with your ham license, don’t panic. There are tons of groups online, and websites that list the kind of study materials you need. Check out your local amateur radio association website to find a location for your test.

Ham radio for beginners: What you need

If you’re keen to start a new hobby with ham radio, then you’ll need a few extra things aside from your license. If you want a receiver, the best ham radio doesn’t necessarily need to be overly expensive.

There are basic tools out there that will give you an insight into the hobby, without breaking the bank.

Here are some of the components you need to think about to begin with:

Remember, just having the right equipment isn’t enough. Once you invest in all the right technology for your long-range ham radio, you still need to learn how to use it. There are various forums out there that can help with this. Or you could even look into channels like Reddit for more information.

In a world where it seems like everyone has access to the internet, ham radio might not seem like a popular option. However, ham technology offers reliability when you can’t find it anywhere else.

With the right ham radio technology, you ensure that you stay connected in times of crisis. You’ll be able to check on local emergency broadcasts even when TV reports aren’t available.

Ham radio continues to work when internet, cellular, and other networks aren’t accessible. You can find ham radios that operate with alternative forms of power too, like batteries, and solar cells. Ham is both fast and reliable when you need it most.

Ham is also an excellent way to discover a new community. A lot of people get involved with ham radio channels because they find the history of radio interesting.

However, once you get involved with some of the forums for ham radio for beginners, it’s easy to make a lot of like-minded friends. You might find that you get caught up in the excitement of searching for the right frequencies.

One of the most exciting parts of long-range ham radio and similar technologies is that you can always put your skills to the test in a competitive environment too. Contests for ham radio experts are very popular, and they’re a great way to show your passion for technology.

You don’t have to get involved with these contests, but it’s a fun way to experiment with your skills. Plus, sometimes, you’ll find professional groups searching for ham radio professionals to help with research into things like atmospheric science.

Should you explore ham radio?

This technology even helps us to continue making life-changing progress in the scientific landscape. International space stations and astronauts still use ham radio.

While many regard ham to be one of the most innovative technologies in human history, not everyone will be interested in experimenting with it. The passion for ham technology belongs to a niche group of people. Interest in this tech has been growing lately, however.

If you’re interested in what makes radio tick, and you want to get involved with a vast community of experts, then you should definitely experiment with ham.

On the other hand, if you want to learn more about where radio came from, but you don’t want to get actively involved with the technology, you could always just read up on some facts here at Radio Fidelity.

Check out our articles for insights into the transformation of radio. Or you can look at our reviews for some top tips on where to spend your cash!

Radio Fidelity: For the love of radio

If you have a love for radio, subscribe today and stay tuned to the latest industry insight!
More Articles 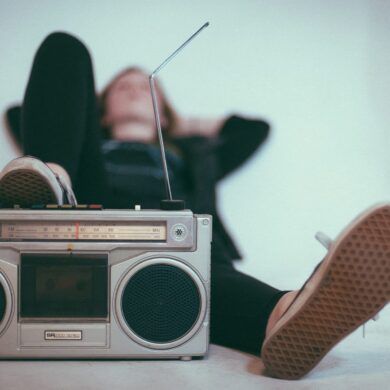 Tune in, unwind, zone out: Sleeping with the radio on