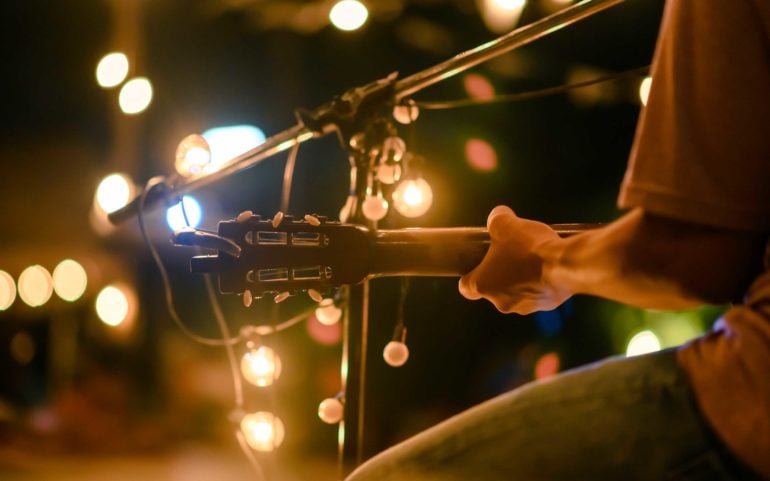 Country music was born in the USA.

Today, we’re going to be looking at the best country radio stations in the US. The origins of this unique sound began in the early 1900s, with Appalachian fiddle players that recorded their incredible music for later generations.

However, it wasn’t until the 20s that the USA began to fall in love with the sound in earnest.

The first commercial country record appeared in 1922, by Eck Robertson, and a historical relationship with the genre began.

When Jimmie Rodgers hit the country scene in 1927, passion for the niche skyrocketed. Rodgers became the “father of Country music” and sold a million copies of his single.

Today, America’s obsession with country music remains influential. The genre makes up a considerable percentageof the leading stations that Americans listen to.

Access to country radio stations is also a large part of what made radio technology so compelling to the USA as it emerged as the first “mass medium” source of entertainment.

Throughout the golden age of radio, country music continued to have a significant financial and cultural impact on the USA as a country. Even as television began to gain more attention, Americans still switched to the top country radio stations to relax and unwind.

Today, we’re going to be introducing you to the incredible history of the best country radio stations in the US.

In the UK, we have a lot of different styles of radio.

Larger stations like the BBC and Capital FM play a wide selection of music genres. Some of these stations also dedicate specific hours in their schedule to playing a certain type of music.

While stations dedicated to a specific sound do exist, they’re often reserved for more “niche” audiences. For instance, you can find rock radio stations online or in certain parts of the country.

The leading stations, however, are often the ones that deliver a wide selection of entertainment.

In the USA, country radio stations that focus entirely on one style of music are a lot more common.

The term “country music radio station” in the USA refers to broadcasts dedicated completely to country and nothing else. Most of these stations only play music that has been officially released by leading country record labels.

Like in the UK, there are different top country music radio stations in the USA depending on where you are. Local broadcasts have a big influence on audience listening patterns.

However, there are some huge owners of country music stations in the US too. For instance, iHeartMedia and CBS radio are two of the biggest players.

Country music is so popular in America, that it takes up the majority of the airwaves. There are more radio stations in the US specializing in country music than any other format.

Before we look at the top country radio stations in the USA, it’s worth spending some time looking at where these stations came from. Like the UK, America has a long history with radio.

Over the years, both FM and AM radio stations began to experiment with music and become increasingly specialized. AM radio started to concentrate more aggressively on the news and talk radio shows. FM channels were reserved for some of the top music formats.

In 1991, the five formats leading the way for all the radio stations in America were:

Rather than focusing on attracting a mass audience of different listeners, stations in America took a more niche approach. Broadcasters began building stations around the demographics of specific towns and cities.

Radio formats began to pivot towards specific groups of people based on their gender, age, and even their political beliefs.

As radio technology evolved, freeform stations like BBC 2 or Capital FM became less popular in America. Country music, in particular, moved en masse into the FM landscape, providing an easy-listening experience to the largest group of listeners in the US.

Until 2012, many radio listeners relied on charts to help them track the leading songs and music in their area. The Hot Country Songs chart from Billboard only listed songs that were available through country radio.

What radio stations play country music in the US?

The top country radio stations aren’t the only broadcasters that can play country music. Radio broadcasters do have the freedom to experiment. However, it’s more common for channels to pick a format and stick with it.

Some mainstream stations also play popular songs and requests from callers too. This allows for a bit more diversity in the music.

On the other hand, hot country radio stations focus exclusivelyon the most popular hits of the current time. Some groups will also play the occasional acoustic version of a pop song that wouldn’t usually appear in the country genre.

Adult country is a format that follows a similar pattern to the adult contemporary music broadcast. You’ll hear a few hits from the top country lists, as well as some recurring music from the last 30 years or so.

As more new listeners tune into the best country radio stations in the US, the programs continue to evolve and change. Traditional FM country stations often use classic country music as the basis for their schedule.

Although some broadcasters like to experiment by adding current songs that fit with the classic country vibe.

Americana stations are where you’ll usually find things like alt-country, bluegrass, country rock, and so much more.

How popular are country music stations in the US?

It’s clear that country music and country radio stations have alwayshad a strong part to play in the evolution of American music and culture. Though new technology has emerged over the years to reduce the demand for radio, passion for the medium hasn’t dwindled.

Even with television, streaming, and podcasts to consider, radio is still the best way to find new music in America. It’s also the furthest reaching media in the entire country.

Research into American radio demonstrates a consistent love for broadcasts in the country, with a weekly reach of around 90% of all American adults. The arrival of new digital formats and online radio is also helping the industry to continue growing.

Around 57% of the US population said that they listened to online radio on a monthly basis in 2018.

While all aspects of the radio landscape are evolving in America, it’s the country genre that’s leading the way. Country has more radio stations dedicated to it than any other genre.

Country music is the third most popular choice for people listening to radio, holding around 7.3% of the market share. The most popular type of radio in America right now, however, is talk channels.

The best country music radio in the USA

So, here’s the million-dollar question: What are the best country radio stations in the USA?

Obviously, this is going to be a subjective question for most people. Your top country radio stations are likely to differ depending on where in the USA you are and what kind of music you like to listen to.

Around 84% of Americans say that they like to listen to music when they’re in the car. That means that you’re more likely to choose country music stations with a local reach.

While we can’t predict the favourite country music station of every reader, we can take a look at the stats delivered by Nielson Audio.

Here are the radio stations that have the most listeners from the country music genre:

Located in Southern California, this radio station is committed to delivering some of the latest country music hits, along with popular tunes, on-air contests, and more.

The commercial station serves LA, and much of the surrounding area of Southern California. It’s an “Oldies” style radio station, which commonly plays traditional country.

Found in Dallas, Fort Worth, the Wolf radio station plays country music station for people across Texas. This station appears on 99.5 FM and combines music with podcasts and talk show segments too.

When was the radio invented?

Chicago’s hottest station for country music, US99 is available on FM radio and online. You can stream your radio for free from the country’s website, and access country music all around Chicago.

Branded as the “New 93Q”, this station in Texas follows the country music format, with a commercial style. This station belongs to the Cox Media Group and serves all of Greater Houston.

Located in Boston with popular presenters like Ayla Brown and Jonathan Wier, Country 102.5 is Boston’s hottest country station. There are plenty of contests to win, as well as a wide selection of both classic and trending country hits.

Texas is a big space for country music in the USA. KILT-FM is a Texas-based station that serves Houston and surrounding areas. You can listen live on FM radio, or you can tune in over the internet too.

This Philadelphia country music radio station delivers contests, talk shows, and country music in a fun and frequent schedule. The Beasley Broadcast group owns this station. In the past, the same station was an alternative rock station, but it switched to country in the 80s.

New York’s leading country radio station, WNSH has a wide selection of sister stations that transmit their signals from the top of the Empire State Building. This station has had a few changes in owner over the years, but it remains true to its country music schedule.

This station has a dedicated listener base of more than 881,700 people.

New Country is another leading country radio station for Fort Worth, in Texas. The channel plays top 40 country music, alongside the Hawkeye in the morning show, and various podcasts.

Currently, this Dallas and Fort Worth station has around 876,000 listeners.

Known as “Today’s Best Country,” this Washington DC station is the home of popular shows like the Bobby Bones Show.

The station also has a strong reputation for its 98 minute commercial free ride. One of the most popular country stations owned by iHeartMedia, this station has stuck to a country format since 1977.

What is the best country radio station in the US?

Music is a highly subjective thing. We all have our own preferences when it comes to the styles of music that we like to listen to, and even the way that we access that music.

In America, the demand for country radio stations today seems to be just as high as it ever was.

Although adult contemporary and talk show stations have a large hold over American radio listeners, country is one of the genres that has had the most enduring success.

According to Deloitte, by the year 2025, American radio stations will deliver more entertainment for the 18 to 34 year old generation than TV.

In the USA, country music delivers a unique home-grown vibe that’s unlike anything else available on the airwaves.

Whether you’re listening to a classic country radio station, or catching up on the latest top hits, tuning into a country station makes Americans feel right at home.

Although many of the top country music radio stations in the USA have evolved over the years, they still know what their listeners want.

In a time of digital transformation and new technology, radio listeners in America still want the simplicity and comfort of a station dedicated entirely to country music.

Do you have a favorite country station in the USA? If you want to learn more about some of the top radio stations in the USA or the UK, check out our other articles here on Radio Fidelity.

Alternatively, why not check out our list of car stereos to help you track down the perfect station on your commute?