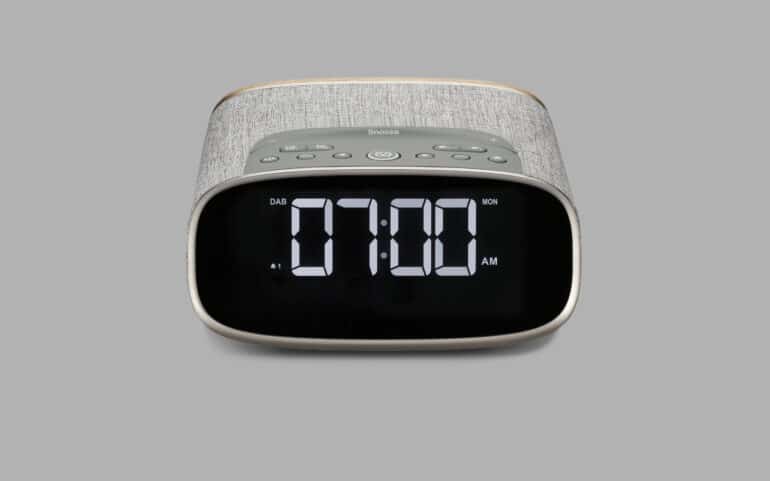 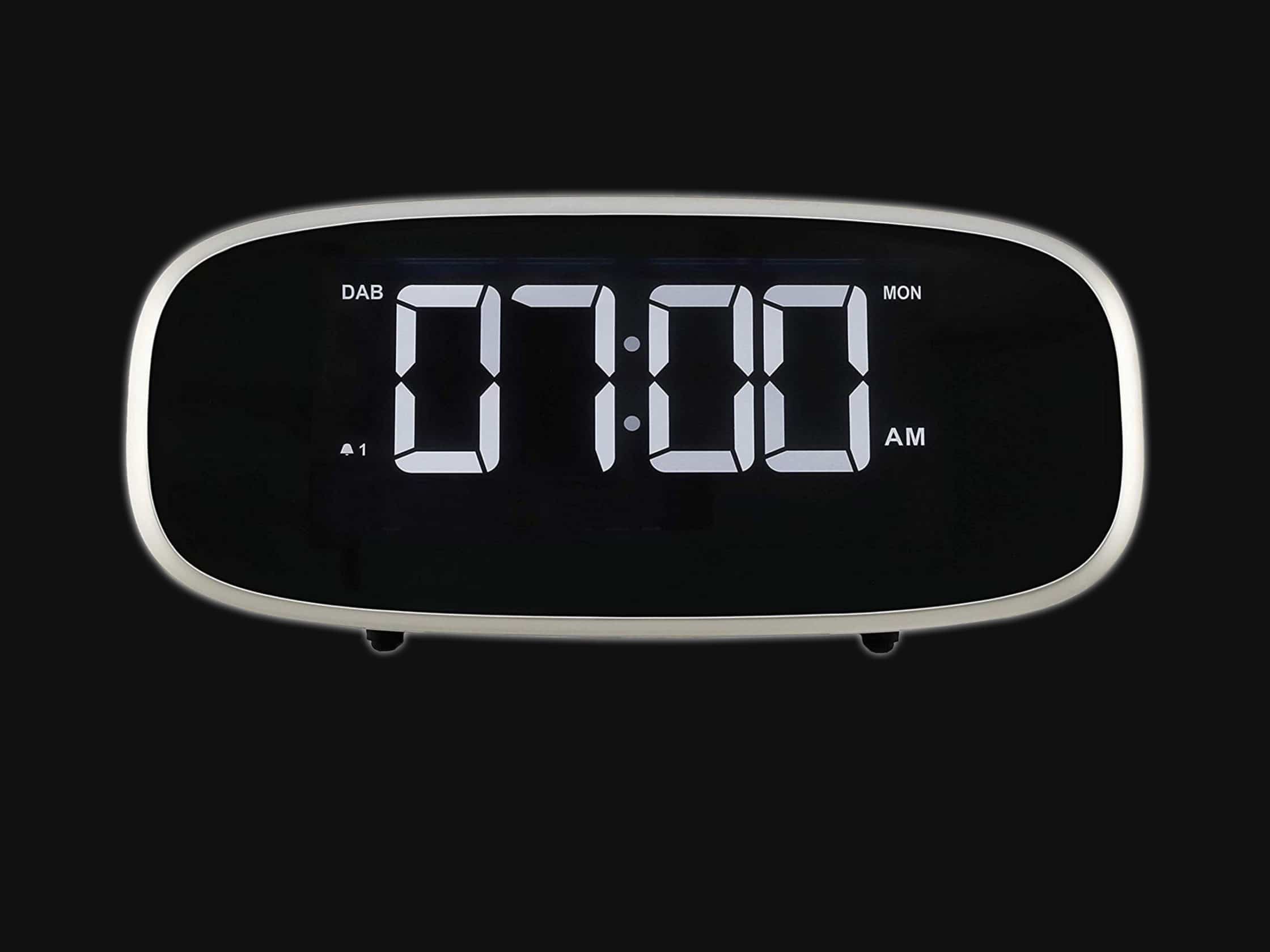 The VQ Lark presents a alternative for those in the market for an affordable, yet stylish bedside radio. Its design has similarities to the majority of digital bedside radios, but there are a few things that set it that you might appreciate.

The VQ Lark hosts two 3W speakers that produce a comparatively rich sound, with bass that you wouldn’t even expect to hear from a unit of this stature. It also allows you to adjust the bass and treble so that you are able to fine-tune your audio. Such features give the VQ Lark breathing space in a category where competitor products can lack similar, albeit minor, innovations.

To find out what else makes this bedside radio tick, take some time to read through Radio Fidelity’s elaborate VQ Lark radio review.

About the VQ Lark

Announced in 2018, the VQ Lark is VQ’s flagship bedside radio. When coming up with its design, Jonathan Merricks, who is CEO at VQ, completely disregarded the notion that people really don’t care much when it comes to this type of device. Rather, VQ sought to come up with a product with premium features and a minimal impact on your wallet.

So, is the VQ Lark is a possible alternative to more established, and more upmarket, brands? From the first touch its apparent that the material are made from relatively high quality plastic. It offers FM, DAB and DAB+ tuning, with the opportunity to have up to 60 channel presets. Meanwhile, the auto tuning feature automatically searches for (and saves) a list of stations as you switch it on, allowing you to pick your favourites from a populated list. This feature alone sets it apart from competition such as the Pure Siesta Rise, which only affords you 20 presets. Does it stand up to its rivals as good in terms of looks? Let’s have a more in-depth look at its design…

With continued use, it becomes clear that the team at VQ has paid a great deal of attention to design and functionality. You’ll first be able to see that through the Lark’s slanted 4 inch display. The angle of the display makes it easy to view the clock from the side of your bed, and also when you’re looking down on it from above. Framed with stylish chrome detailing, the display is also able to adjust accordingly to the ambient light of your surroundings, so that you never have to strain when you’re reading the time on the VQ Lark DAB radio. You’ll also come to appreciate the premium fabric that wraps around the body of the radio, which adds a smooth feel to it whenever you’re holding it by hand.

As is the norm with most radios of this type, the VQ houses its controls on top of the unit. Here you’ll find a set of soft touch buttons that are all neatly spaced and well apart from each other. This applies to all but the snooze button, which is stretched across and expands to the volume controls on both ends. You also have two quick access buttons on both ends that represent the dual alarms you can set up, as well as quick access dials to your two favourite stations.

Turn the radio around and you’ll be pleased to find and oak/walnut accented rear panel. Here, you’ll also see not one but two USB ports, a headphone jack, and a aux-in port for using the radio as an external speaker.

For a radio of this type, the VQ Lark is packed with a multitude of features that you’d probably find in more high range options. Here’s what it has to offer:

The VQ Lark: Performance and connectivity

Unlike most clock radios, the VQ Lark allows you to play music from your smartphone or tablet thanks to its Bluetooth feature. You can even have it play as it charges through one of its two USB ports. If your music is stored eslewhere, you can make use of the aux in port and use the radio as your external speaker.

With the VQ Lark radio alarm clock, you’ll come to enjoy waking up in the morning to your favourite radio station, and can even set two different alarms for you and your partner. The same functionality also allows you to set a countdown timer for when you’re cooking in the kitchen, or a sleep timer for the radio to shut down after you’ve fallen asleep to your favourite tunes.

The team at VQ took things a bit further when they decided to have a dual speaker system, which really isn’t the norm. The full range speakers churn out about 3W of audio output, which is impressive for a radio of this size. Two speakers also means you get stereo sound, and the volume is adequate for most bedrooms. Unlike most radios in this category, the VQ Lark comes with an integrated passive radiator for enhanced sound quality. On top of that, users have the option to choose the equaliser setting that sounds best for them from the presets, or save their preferred settings under a custom profile. Don’t expect earth-shattering bass or overly-detailed mid-ranges though.

The VQ Lark doesn’t really have much to fuss about in terms of use. The user interface is pretty much standard and intuitive. One neat thing you should keep in mind is that the volume of the alarm you set rises gradually over a period of 15 to 30 seconds, so that you don’t jerk off your bed in shock when it rings. Speaking of the alarm, the VQ Lark’s clock is conveniently powered by batteries, which means you’ll always have the alarm and clock function working even when not connected to the mains. 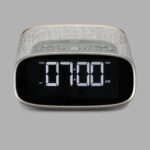 The VQ Lark: Verdict
The VQ Retro MK II is a worthy contender if you’re struck by the design aesthetic, although this does depend on personal preference of course. It’s a well designed package that’s favourably priced, and represents good value for money.
Price
95
Sound
89
Design
90
Connectivity
94
Build quality
90
Positives
Dual USB ports
60 channel presets
Battery powered clock
Pocket friendly price
4 levels of brightness on display
Negatives
Small buttons can be fiddly
Lacks depth, richness and clarity
No Wi-Fi support, but that’s not a deal break at this price point
92
Sweet
Where to buy
Amazon