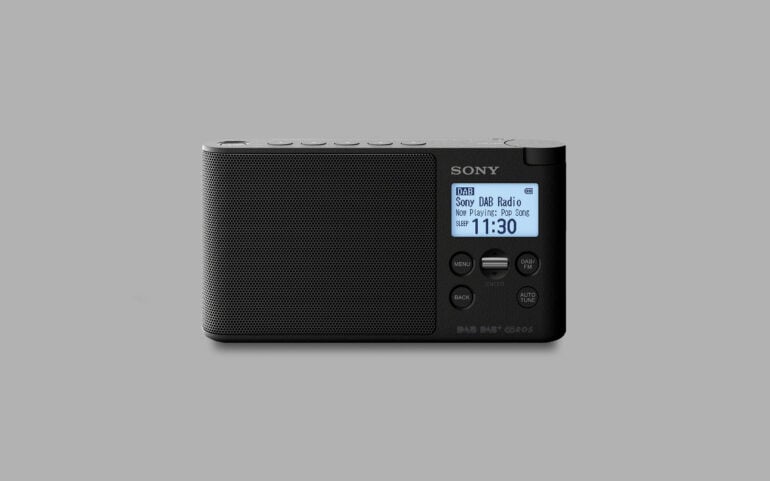 Overview
The Sony XDR-S41D is a compact DAB radio. It’s a portable, cost-effective solution for those who want to listen to their favourite radio stations on the go. But, is it any good? Let’s find…
Positive
Battery & mains powered
DAB and FM radio options
Scrolling text screen
Negative
No Bluetooth streaming
No bass or treble controls
Screen not dimmable
90

WHERE TO BUY
AMAZON

Brought to market in 2017, the Sony XDR-S41D is another mini-marvel from the giant Japanese manufacturer, who we’re all familiar with.

Sony’s expertise in the production of audio equipment is almost unparalleled, and its tremendous heritage dates back to a small electronics shop in 1946 that became a multinational conglomerate.

Sony laid its foundation in 1955 with the success of its first five-transistor radio. Since then, the Company has managed to capture a significant portion of the radio market worldwide.

Its entry into the radio manufacturing space was definitely not a shot in the dark. In fact, the Company’s name is inspired by ‘sonus’, the Latin word for sound, and ‘sonny’, a term used to refer to youthful boys.

Its success with audio equipment saw it venture into various other industries with brands such as Bravia for TVs, Vaio for laptops and PCs and PlayStation for gaming consoles.

Despite the success Sony has enjoyed in these areas, audio equipment remains a solid focus for the Company. It’s for this reason that we have the opportunity to review one of the more recent and popular additions to Sony’s product line up – the Sony XDR-S41D.

About the Sony XDR-S41D digital radio

Housed in a thin rectangular frame, the Sony XDR-S41D provides a simple form from any viewing angle. It performs well as a compact, table top radio, with more than two thirds of the space on its front panel occupied by an 8cm speaker.

It’s designed to pick up stations on the FM, DAB or DAB+ frequency, and comes in black, blue, grey or red. The Sony XDR-S41D is a straightforward radio, powered by mains or 4 AA batteries if you’d like to move around with it.

The Sony XDR-S41D portable digital radio features an extendable aerial, but you’re unlikely to have any issues with reception unless you’re relatively remote.

Courtesy of the XDR-S41D picking up DAB/DAB+ broadcasts, you won’t need to upgrade it as a user in the UK, if and when the much talked about digital switchover takes place.

The Sony XDR-S41D has a relatively modern aesthetic, and it’s as robust as you would expect most Sony products to be. Its power button and volume knob are situated on the far right and far left ends of the top panel, with 5 channel preset buttons sitting in between the two.

The simple yet functional design is also maintained on the front of the radio, with its large speaker grille taking up most of the space from the left, leaving just enough room to accommodate the 5 line LCD display on the right, and a series of control buttons just below this.

Here we have the menu, back, DAB/FM and auto tune buttons aligned vertically in two different columns, and an up and down rocker to scroll through different stations. If you want to own the XDR-S41D in red, be prepared to pay a little extra.

Its backlit LCD display offers just enough information about the status of the radio and the track that’s playing. Users will get to read the name of the station, any additional track info, the current time & the mode (DAB or FM).

The backlight stays on for up to 30 seconds, and this helps you save some power especially if you’re using batteries.

As mentioned, the Sony XDR-S41D places function above anything else, so its features are essentially what you’d expect from a decent portable radio. Here’s what it offers would be owners:

This portable radio is designed to be easy to use, and as such, it has a very simple set up process. When you turn it on for the first time, it does a full auto tune for DAB stations, taking only a few seconds. 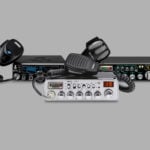 The best CB Radio: Our top 9 to get you talking

Reception is also good enough in most cases even with the aerial laid down, and the radio will only max out your batteries after 10 to 15 hours of continued use.

When choosing which station to tune into, the LCD display allows up to 4 to be displayed at a time, from which you can scroll up and down through and make your pick.

The radio doesn’t offer any Bluetooth or Wi-Fi connectivity, neither does it have an AUX in for you to hook up your phone or any other device and play music from it. There is however a 3.5mm headphone jack so you can use to listen to your music privately.

The sound that emanates from the radio’s speaker is as you’d expect, with most listeners placing it between good and impressive (considering the size and price point).

You don’t get an equaliser to adjust the bass or treble, but there are no issues with volume levels if you’re listing to the XDR-S41D in a confined space. Don’t expect masses of detail however, which makes this radio better for speech channels than for music.

The Sony XDR-S41D is reasonably practical in use, but one issue that may cause inconvenience is that it doesn’t shift automatically to using batteries if you want to disconnect it from mains power. You’ll have to fire it back up for this.

Another niggle is that the alarm clock doesn’t work when you’re using batteries, and the presets also get lost when the batteries run out. On the flip side, the radio also offers a relatively solid plastic build, and does feel as though it could potentially break into pieces if knocked about.

To conclude, the Sony XDR-S41D is a compact, no frills portable radio at a competitive price point. It’s not without its flaws, or its rivals, but it carries the Sony badge and could be ideal if you’re on a tight budget.

Just so you know… This article contains affiliate links. The commission we earn helps to cover our costs, and comes at no additional cost to you. For more information on our affiliate program, please refer to our disclosure policy. 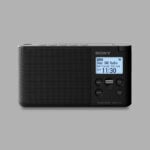 With the Sony XDR-S41D, you can switch easily between your favourite stations using the 5 DAB direct preset buttons and 5 FM direct preset buttons. Also featuring an LCD display that shows you the station and programme details you're listening to.
Sound
85
Design
87
Connectivity
94
Build quality
86
Portability
96
Positives
Battery & mains powered
Affordably priced
Solid reception
Compact size, not too big or small
Negatives
No alarm use on batteries
Presets disappear when the batteries run out
Sound is as you’d expect at this size and price
100
Sweet
Where to buy
Amazon