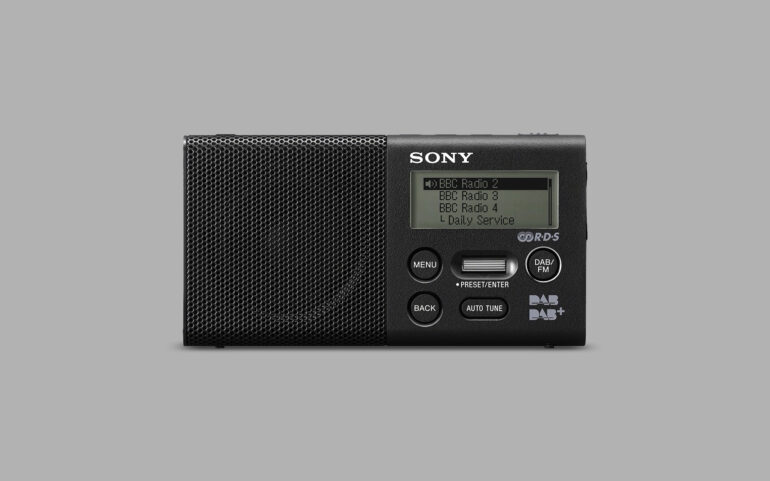 Get more power for your pocket

WHERE TO BUY
AMAZON

Given the market dominance that Sony enjoys across the world, there’s a pretty strong chance that you have a Sony branded good in your home or office, or have owned one at a certain point in time.

The Japanese electronic goods giant has done more than just establish a strong foothold in the electronics market. It has deep interests in the music entertainment industry, and also sits right at the front in the gaming console business.

Based in Japan and established in the 1940s, Sony has come a long way, having been operational long before many of it competitors today. As large a conglomerate as Sony is, the Company still maintains unquestionable quality in many of its audio products.

Famed for its Walkman and Discman brands from the early 80s to 2000s, the Company has maintained a strong link to radio listeners.

It also caters for users who enjoy listening to radio on the move, which brings us onto this review of the Sony XDR-P1DBP. A UK favourite that is as small as a deck of cards, and just about as light.

As a brand that has so many products under its belt, coming up with a recognisable naming system might not really be top of mind. Nonetheless, the Sony XDR-P1DBP remains a well-known variant despite its lengthy tag.

Spotting the classic 70/80s design, this particular brand has found a home in many UK citizen’s pockets and homes.

The Sony XDR-P1DBP should be somewhere close to the top of the list if all you want is a basic radio with none of the extra bells and whistles. For around £70 you get a Sony digital radio that supports both DAB and DAB+, as well as regular FM.

It spots a multi-line display upfront that lights up with an amber backlight, and an auto-tune button for automated tuning.

The telescopic aerial extends to a length far greater than most and is also easily adjustable sideways. Its small size is great for placing somewhere enclosed like a bookshelf, and its loudspeaker is good enough to properly project sound even when placed on the table.

The radio’s lithiumion battery keeps it powered for up to 15 hours when playback is through the speakers, and 20 hours if through headphones.

This Sony digital radio comes with only the essential features that a regular radio listener demands today.

If there’s one thing that stands out about this Sony digital radio, it’s that its sound output by far defies its diminutive size. It maintains a very traditional design, with an up and down rocker for scrolling through the available stations, requiring you to push to select your preferred station.

It also features a sliding switch to alternate between power on and off, as well as a hold position to prevent any other buttons from being accidentally pressed whenever you have the radio in your pocket.

This Sony DAB radio has 7 buttons in total. There are three at the top that are numbered and used to switch to the saved stations and four more on the radio’s front panel for the menu, back, auto tune and switching between DAB and FM. 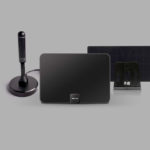 The volume situated on the radio’s right side, just above the headphone jack.

Sony’s portable DAB radio is relatively intuitive when it comes to use. It doesn’t have Bluetooth functionality, but does offer DAB+ despite its slow uptake in the UK. Users should also expect to do without any auxiliary features, as the radio also doesn’t have such a port.

The auto-tune feature allows users to populate its station list, and if you come across your favourite stations, they can be saved by pressing on either of the three buttons on top of the unit.

To fill the other 7 spots from its 10 channel list, users will have to long press the rocker whenever the preferred station is tuned. If you wish to clear the list and start all over again with the presets, there’s a small reset button at the bottom of the radio that refreshes everything.

Naturally, given its size, output from the Sony XDR-P1DBP is lacking in bass. Sound quality in other departments, however, remains relatively satisfying – especially for channels that feature talk shows. Listeners will also have to contend with the fact that there’s no stereo.

As far as usability is concerned, this digital radio is as basic as you can get. Navigation is pretty straightforward, and the user interface is quite intuitive. What listeners might have to be careful about is the rocker and the table stand; they’re both rather fiddly.

Other than this, the radio features a sturdy, high quality, plastic build that’ll hopefully see it through a couple of knocks without too much damage. Aside from being a properly functioning radio, the XDR-P1DBP also works well as an alarm clock, allowing you to wake up to your favourite station.

This is hands down the best pick for anyone that just wants a simple radio to listen to on the go. Its tiny footprint allows you to take it virtually anywhere. If you’re the type of person who enjoys keeping things simple, and you don’t mind sacrificing volume for portability, this could be the perfect portable radio.

Just so you know… This article contains affiliate links. The commission we earn helps to cover our costs, and comes at no additional cost to you. For more information on our affiliate program, please refer to our disclosure policy. 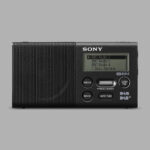 Conclusion
The Sony XDR-P1DBP features built-in lithium-ion battery, rechargeable via USB, and a dedicated headphone input for discreet listening in stereo quality.
Sound
80
Design
90
Connectivity
80
Build quality
85
Positives
Very easy to operate
Small size; no bigger than a mobile phone. Offers great portability
Great signal reception; in most cases it does not require extension of the aerial
Lasts up to 10 hours on one charge
Has a solid, sturdy feel and build quality
Powerful speaker offers exceptional sound quality
Comes with a built in rechargeable battery
Backlit LCD display for increased visibility
Negatives
The on-off sliding power switch tends to fail with little use
The speaker offers little to no bass
Lower volume when used with headphones
100
Sweet
Where to buy
Amazon