Exploring the differences between DAB and DAB+ 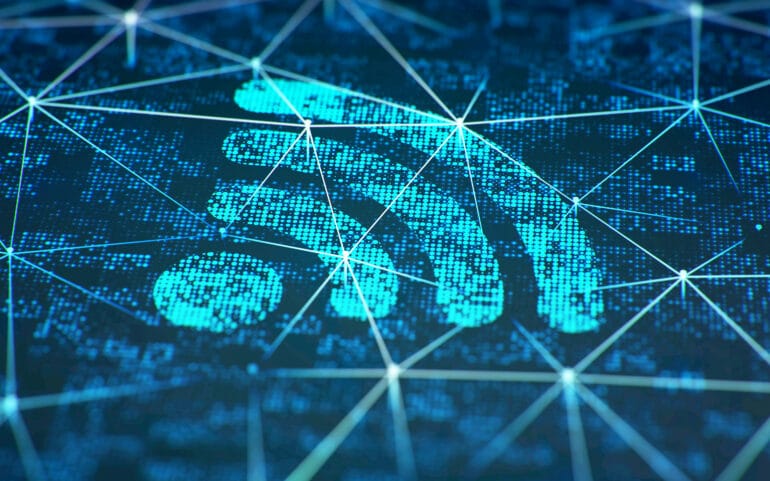 Listening to the radio is always a great way to unwind after a long day. A lot of people even prefer to have some music playing in the background as they go about their daily routine.

For such listeners, aspects such as sound quality, signal clarity and simplicity matter.

It’s not without reason, therefore, that more and more listeners are finally making the switch to digital radio. Despite this, a cohort of listeners still prefer the depth and warmth of FM broadcasts, as they laze into their couch on a gloomy mid-winters night.

In this particular feature, we’re going to focus on digital radio, and answer the question ‘what is DAB+?’ We’ll also explain the differences between this format and traditional DAB – so you’re better informed when it’s time to upgrade your radio set.

Digital audio broadcasting, or what most of us know as DAB, has been around for about 25+ years.

It was first introduced to the UK in 1995, after the team at the BBC saw it as a better and more effective way to broadcast compared to FM radio (although the debate still rages to this day).

The launch wasn’t the spectacular event anticipated, probably due to a general lack of awareness and a dedicated campaign to promote the advantages of digital broadcasting over its FM equivalent.

As a result uptake was poor, with many listeners deciding not to adopt DAB, in preference to the familiar FM tuning.

Fast forward 10 years, and a newer standard of the DAB format was introduced, commonly known as DAB+. This saw a lot of stations now deciding to offer their broadcast in multiple formats – DAB/DAB+ and FM.

They sought to do this because a large majority of listeners still preferred to listen through FM broadcasts, and they also didn’t want to lose out on the section of the population that was finally embracing digital radio.

Now that we know how digital radio began life, let’s delve a bit deeper into what DAB+ is all about.

Digital audio broadcasting is essentially possible because of the technological advancements that allow us to digitally compress audio into much smaller packets, and transmit in a much more efficient manner.

This then results in improvements to sound and reception quality, a larger scope of bandwidth, and the inclusion of different data formats during transmission such as track information about a song that’s currently playing.

For the more technical at heart, a DAB audio signal essentially gets encoded in MP2, (an MPEG audio format), while DAB+ gets encoded in AAC+, a more efficient codec that makes the audio sound even better at lower bit-rates.

MP2 is the predecessor to the more familiar MP3 audio format, while AAC+ will be more familiar to Apple users as these devices get to decode audio in this format at maximum quality.

So, essentially, what is DAB+? Well, it’s is an audio broadcasting standard that uses the MPEG-4 High Efficiency AAC v2 profile.

This is currently the most efficient audio compression scheme in the world, as it exists as a result of the combination of Advanced Audio Coding (AAC), Spectral Band Replication (SBR), and Parametric Stereo (PS).

The difference between DAB and DAB+

DAB+ is essentially an upgrade to DAB, and for this reason, most radio listeners prefer to switch over to the newer format as it represents a higher level of sound quality.

The differences between the two standards are not as striking as those between DAB/DAB+ vs FM (again, we’ll tread with caution here) but there are a number of things that might matter to discerning listeners.

The first thing to note is that listeners who have a DAB capable radio cannot tune into DAB+ stations, but those fortunate enough to own a DAB+ device can still listen to DAB stations.

This is because DAB+ transmissions aren’t compatible with DAB only devices. To get around this, many listeners purchase a radio that supports both DAB and newer-format transmissions.

For users who also want to sample digital radio, but not at the expense of losing their favourite FM channels, there’s a good selection of radios in the market that offer both DAB/DAB+ and FM radio reception.

Another major plus for DAB+ is that it also supports surround sound. This means compatible radios are able to decode surround sound information as received by the broadcaster, resulting to a more fulfilling audio experience for the listener.

This is made possible through MPEG surround receivers present in DAB+ radios. 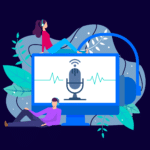 How to start a radio station

Although this is not a difference that most listeners would necessarily hold dear, DAB+ radio sets are able to switch between both channels and stations faster than their DAB counterparts.

Audio enthusiasts refer to this as ‘’zapping”.

Lastly, DAB+ signals are more capable than their DAB counterparts of covering a larger geographical area. This translates to better reception.

Also, in cases where the signal quality is extremely weak, users will experience periods of complete silence compared to the indistinguishable noises experienced by conventional DAB listeners.

With the benefit of hindsight, it’s arguably better to have silence when the reception is poor, compared to distortion.

From a broadcaster’s point of view, DAB+ transmission is more cost-effective to set up – compared to DAB or even FM radio.

This is because it allows radio broadcasters to fit more stations onto transmitters, meaning a much wider range of radio stations, and a more efficient use of bandwidth.

All this makes it possible for a signal to be split into three ways, allowing listeners to choose between something like three football matches being broadcast on the same channel but on three different programs.

DAB+ is the highest level of quality transmission you can get from your broadcaster, and with advantages such as surround sound and enhanced multimedia support, it really is a better alternative compared to both DAB and–possibly–FM transmission.

If you’ve been listening to digital radio for a while now–or have recently switched–we’d really like to know your thoughts on the most (and least) appealing aspects of this particular digital radio format.