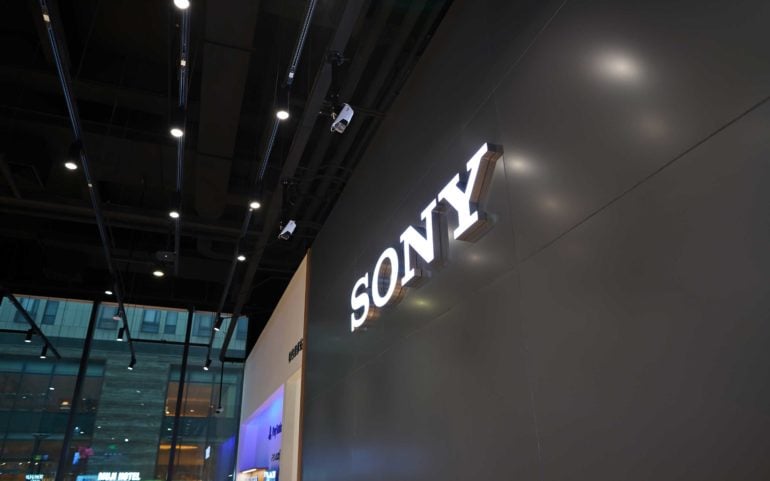 The history of Sony and radio

Discovering the connection between Sony and radio.

It’s hard to find anyone who hasn’t heard the name “Sony” somewhere today. This electronics giant has its hand in every part of the electronics landscape, creating everything from game consoles to television sets and headphones.

However, Sony also has a big part to play in the history of the radio too. Without Sony audio, who knows how long it would have taken for the transistor radio to become a popular tool throughout the world?

On top of that, we also have Sony to thank for the evolution of pocket radios and portable music devices.

If you had a childhood (or young adulthood) during the 80s and 90s, you probably still remember your first Sony Walkman. Sony audio introduced us to the concept of listening on the go before anything as complex as the iPod hit the market.

Today, we’re going to guide you through the history of Sony radio and how it affected the world, we live in today.

From rice cookers to radios

Sony or the Sony Corporation (its full title) is a leading Japanese manufacturer of electronic products. Over the years, Sony has been involved in financial services, music, and film-making industries too.

The company came to life in the year of 1946, with the help of two innovative men: Morita Akio and Ibuka Masaru.

Initially, the name of the business was Tokyo Telecom Engineering Corporation. Nowhere near as catchy as the new moniker, right?

Ibuka had already created a precision engineering company before Sony. This business had delivered electronic products during the second World War.

Masaru met Akio during World War 2. They were both working together to design missiles with heat seeking tech for the Japanese Army at the time. When the war was over, the two men decided to work together on something more “fun”.

Ibuka’s genius, and Morita’s mastery of marketing and business strategy made Sony into one of the best-known and most renowned brand names worldwide.

The team chose official name “Sony”  in 1958, taking the title for the Latin for sound “Sonus”. The Sony audio team also felt that Sony was more of a “global” name.

The first consumer product created in Sony history was an electric rice cooker. Unfortunately, the product didn’t sell brilliantly, but it gave the team a good launching point into the marketplace. Sony gradually began to explore different ideas.

In 1950s, Sony introduced the first Japanese tape recorder, an innovation that would mark the start of a change of fortunes for the brand.

In 1952, Ibuka played a significant part in radio history, after he visited the US and made initial contacts to license the transistor radio from Bell Laboratories – a division of Western Electric. The next year, Morita went to the states to sign a closing deal with Western Electric.

The agreement led to the first hugely successful product of the company that would be Sony: The transistor radio.

Technically, it was the Texas Instruments incorporated company that approached the market with a transistor radio for consumers first, in 1955. However, it was the Sony TR-55 and T4-63 that earned the most attention from the marketplace.

Sony’s pocket-sized radios emerged as market leaders within a matter of years.

Today, there are still some people who believe that Sony was responsible for bringing transistor radios to the US and Western world for the first time.

By the time the 1960s had arrived, Sony had an incredible reputation as an electronics brand. The Sony Corporation of America set up shop in New York City. A store on fifth avenue featured the Japanese flag, reminding customers of the company’s routes.

In 1964, at the NY World’s Fair, Sony revealed a new all-transistor desktop calculator, and in 1968, the first Trinitron colour television emerged.

When 40% of households in Japan had colour television sets in 1971, Sony introduced the world’s first video cassette recorder that could store data with colour. The Betamax was widely regarded the best VCR technology ever created.

However, the tool was a lot more expensive than the VHS, which forced Sony to eventually produce its own VHS solution.

From a Sony radio history perspective, the next big event to happen after the transistor radio agreement, was the development of the Sony Walkman. The Walkman first hit the streets in 1979, paving the way for the portable and rechargeable systems we know today.

The Walkman was an international hit, selling millions of units within a relatively short space of time. In 1982, Sony further changed the audio landscape forever by helping to produce the first compact disc player.

Philips provided a laser system for reading disc information, while Sony delivered pulse-code modulation technology. The result was a series of radio CD players that continue to evolve and change the way that we listen to music today.

The Sony radio that started it all

Sony radio stands out as one of the companies that highlight just how incredible Japanese technology can be. Decades ago, the phrase “made in Japan” often left people concerned about issues with quality and cheap materials.

However, the Sony TR-55, one of the first compact radios to ever hit the market, changed all that.

The Sony TR-55 introduced the world to a portable and reliable radio that looked and sounded terrific. This technology didn’t just change the perception that people had of Japanese products.

The TR-55 also set us on a path to the new Sony radio environment that we know today.

Interestingly, when Sony first made its deal with Wester Electronics to take transistor technology back to Japan, they were told not to expect much.

Western Electric said that using a transistor in consumer items would probably never lead to anything bigger than a basic hearing aid.

Yet, despite this, Morita and Ibuka were committed to achieving their global goals.

The Sony team researched, examined, and experimented, working with leading minds like Leo Esaki to gradually reduce the size of the transistor. Eventually, the team created something that was “pocket” friendly.

Sony achieved incredible success by producing the first transistor radio ever to appear in Japan. Esaki, at the same time, received the Nobel Prize for his contributions to audio technology.

It’s Sony’s passion for innovation and transformation that ensures the company can remain ahead of the curve today.

Although there’s more to this company than Sony audio now, you can still trust this brand to provide an incredible radio experience. When presented with the choice of a Sony radio and a lesser-known brand, most consumers will take Sony every time.

That’s because Sony maintains its values of determination and creativity today. With every Sony audio system or radio, you can expect the same unique input that made Sony a market leader.

So, what can you expect from the Sony audio receiver today?

The options are limitless. Throughout Sony’s history we’ve seen the arrival of countless fantastic products.

Today’s consumers can turn to Sony for their own dedicated Bluetooth boombox. Alternatively, you can also find Sony devices that are splash-proof to work in the shower, or portable enough to take on your next camping trip.

Want a Sony radio CD player that has all the power of a boombox? Check out the Sony ZSPE60. This powerful device comes with a low price tag of around £100, and a CD player with shuffle and programming functions.

The Ruark Audio story: Heritage you can hear

There’s an AM/FM radio included, with three one-touch favourites, and 30 pre-set options to choose from.

You can play your own music through USB input, or connect an MP3 through an audio-in jack. You also get state-of-the-art Sony sound quality

If your ideal Sony radio system also comes with an option to set alarms and schedule your day, check out the XDR-C1DBP. This powerful device features USB smartphone charging, so you don’t have to use too many outlets on your bedside at once.

There’s also DAB and DAB+ tuning, along with FM radio, and an impressive portable design.

You can adjust the LCD clock display here, so there’s less chance of you being kept awake by the time during the night. This cube-shaped radio also features the compact appeal that made Sony so famous during the early days of the brand’s rise to glory.

We love the Sony XDR-S61D for its blast-from-the-past retro style. The system comes with a DAB and FM tuner, as well as a headphone jack so you can listen to your own music. You can store five FM and five DAB presets, and access information from a scrolling 4-line screen.

With a range of colours to choose from, this Sony portable radio is as attractive as it is practical. Plus, like many leading Sony products, it’s small enough that you can fit it any backpack and many larger pockets too!

Here’s a great example of how the Sony radio team has been able to adapt and improve over the years. This lightweight Sony radio is designed for use in bathrooms and showers, with an excellent splash-proof rating.

With IPX4 performance, you don’t have to worry about what might happen if your radio gets wet.

Not only that, but Sony’s water-resistant speaker also comes with 100 hours of battery life. That’s more than enough power to keep you entertained for plenty of showers before you need to recharge.

Other top features include the option to set radio presets, and a substantial high-volume sound that comes as a surprise for such a small device.

Probably the most popular pocket-sized radio available from Sony today, the Sony ICFP26 CE7 is a tiny and practical audio tool.

Equipped with a reliable AM/FM radio tuner, this device ensures that you can continue to listen to your music on the go – just like you would with the Walkman in the 80s.

LED tuning and battery status indicators mean that you can access information at a glance. What’s more, there’s a built-in hand-strap included with this device for easier transportation.

You can even choose whether you want to listen in via loudspeaker or use the headphone input!

A journey into Sony audio history

On top of that, we might never have discovered the magic of being able to take our music on the go, like we did with the Walkman.

Today, Sony still delivers some of the most reliable and appealing audio systems on the market, for radio lovers everywhere. It’s one of the few radio companies that we’ve reviewed that has an incredible global reach.

If you’re keen to learn more about the companies that shaped radio history, check out some of our other articles here on Radio Fidelity.

Alternatively, if you want to learn more about Sony radio products, check out our reviews to see some of the top-rated devices available today!