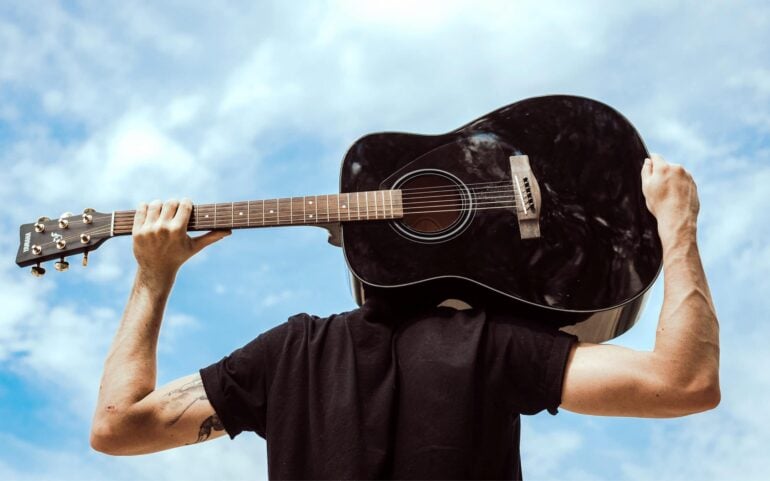 The best rock radio stations in the US

Rock radio in the US isn't dead. You just need to know where to look for it.

Rock radio in the US isn’t dead. You just need to know where to look for it.America still relies on radio to discover the latest music from genres ranging from alternative rock to heavy metal. Today, we’re going to explore the best rock radio stations in the US…

Although America doesn’t have the same history as Britain with rock and roll radio, there’s always been a place in the country’s heart for this popular sound.

Now that radio is experiencing a resurgence in the US, as the number one way for people in the country to discover new music (according to Neilson) you might be wondering where you can go to find some of the latest head-banging tunes on the airwaves.

While the stations available to you will depend on where in the US you’re located, there are some rock radio stations in the US that stand out more than others.

Here, we’re going to share some of our favorite radio frequencies with you, so you can find your sound the next time you’re sitting at home or heading to work on a quiet morning.

Let’s turn up the volume.

America has had a very different relationship with rock and roll radio over the years than the UK. In Britain, consumers had to fight for their right to listen to alternative music genres.

The rise of radio in Britain was hindered in part by the monopoly that the BBC held over the airwaves.

Because the British Broadcasting Corporation deemed new music like rock and roll to be too controversial for their programs, the country was left to rely on channels operating outside of the law.

Pirate radio stations like Radio Caroline were some of the first platforms to bring rock to the masses across the country.

In America, on the other hand, radio broadcasters were more forward-thinking. There was no one-size-fits-all channel that governed the airwaves, which meant that America quickly became home to hundreds of smaller stations.

Today, there are thousands of different stations to choose from on your standard FM tuner in America, depending on where you’re located.

Add the diversity available from traditional local and regional radio in the US to the rise of internet radio as a broadcasting option, and there’s no limit to the music you can find online.

In fact, some of the best American rock radio stations are the ones that belong to a specific region of the country, or the channels that broadcast entirely online.

The unique style of radio that listeners have access to in the US means that there’s no one-size-fits-all list of the perfect rock radio stations.

If you’re lucky enough to be located in the area of Massachusetts or greater Boston, then you can tune into WAAF (107.3 FM) – one of the many American rock radio stations that targets the mainstream rock format.

This station was the first to launch one of the world’s most popular radio shows, Opie and Anthony, in March 1995.

On the other hand, if you’re tuning in from Michigan, then you can find WIRX radio (107.1 FM) broadcasting in your area.

This American rock radio platform features “The Grind with Hunter” and the Plan B Morning show, alongside plenty of modern and classical rock songs.

As mentioned above, the best American rock radio stations in the US for you are likely to depend on where you live and how you like to listen to your music.

Here are some of our top choices for the ultimate rock radio station frequencies, and who they’ll appeal to most:

Gimme Radio is one of the more modern American rock radio stations available today. This metal-focused platform is available entirely online, so you can access the music from a lot of different locations, even though the station is based in San Francisco.

In fact, the wide-spread nature of the show is even starting to earn it attention in Europe too.

Gimme Radio plays a combination of established and well-known classic rock hits, and modern tracks from the latest artists too.

While there are many factors that make this station a great option for modern rock lovers, one of the most compelling features of Gimme Radio is its DJs.

Among some of the disk jockeys on this platform are Randy Blythe from Lamb of God, and Dave Mustaine from Megadeath.

If you’re a lover of alternative rock, and you’re located in the Atlanta or Georgia area of the United States, then you should definitely check out the WWWQ-HD2 rock radio station.

Otherwise known as 99x, this is one of the best rock radio stations in the United States for people who like listening to a wide variety of rock-and-roll genres.

99x made its debut on the airwaves in 1992 with a broadcast of “Video Killed the Radio Star” by the Buggles.

Over the years, 99x has helped a number of struggling bands to find their feet, including the Cranberries, who broadcast their song “Linger” on the platform.

WWWQ-HD2 is also well-known for its Live X program, where it invites leading artists into the studio to perform acoustic sets. Some well-known performances include live sets by Lenny Kravitz, and Natalie Merchant.

KLOS is a Californian rock station in the Los Angeles area. The station serves much of the greater LA space and offers mainstream rock to avid listeners. From studios in Burbank, KLOS has been delivering fantastic rock music since 1969.

The station originally aired in 1947, however, offering a variety of different music experiences.

During 1969, the station adopted its progressive rock format, and the station has been evolving ever since. This station was originally called KABC-FM, but it changed its call letters in 1971, to help prevent confusion with the similar AM talk station at the time.

Today, KLOS is more than just an extremely popular rock station, it’s also at the heart of a valuable movement for blood donation. KLOS supports an annual blood drive, with centres set up throughout the listening area of the station for a few days in the Summer months.

KLOS was sold to Meruelo Media for $43 million in 2019. Though the group has experimented with different kinds of rock and music over the years, it switched back to the mainstream rock strategy in 2020.

The fact that there are so many different rock radio stations to choose from in America depending on where you are means that it’s hard to pick any kind of “best of” list. Don’t worry though, we’re not going to leave you with just 3 channels to choose from.

Here’s a quick list of some of the best American rock radio stations, and where you can find them in the US:

This commercial radio station is licensed in the California, Los Angeles region. Owned by iHeartMedia, it celebrates the alternative rock radio format, and is home to a number of popular programs, including the “Woody Show”.

KYSR broadcasts in the HD radio format and was home to Ryan Seacrest as a popular afternoon DJ between the years of 1995 and 1997.

WCSX is a Detroit based radio station that’s been on the air for more than 40 years. Known best for its classic rock anthems, the station broadcasts some of the most popular songs from the genre on a daily basis.

There’s a weekday show called “Big Jim’s House” to keep you entertained through the day between 6am and 10am, and a weekly afternoon show with DJ Dahmer.

Otherwise known as “The Viper” this alternative rock radio station is licensed in Missouri in the United States. The station’s “Morning Hangover” program with DC, Zav, Ricki, and Eric was rated one of the leading shows in the region in 2017.

An American rock radio station broadcasting in the area of Reidland Kentucky, this platform has been the home to a mainstream rock format since it first began airing in 1988.

The first song the station played was “In the Air Tonight” by Phil Collins – and they played it on repeat for a total of 24 hours. 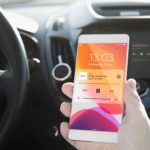 The best radio stations for music in the UK

This mainstream American rock radio station is located in Jacksonville in Florida, and it’s owned by the larger radio company, iHeartMedia. The station only began playing mainstream rock somewhat recently, in 2019, making it a new contender in the genre.

This channel was sold to the Entercom company in 2017.

Licensed across the Metro Detroit area in Michigan, WRIF is owned by the Beasley Media Group. WRIF was one of the original pioneers in the album-oriented rock format of listening in the United States.

It opened the door for rock radio stations in the United States to start playing full albums from artists, rather than just a couple of songs at a time.

Otherwise known as “The Buzzard” this American rock radio station plays from Cleveland Ohio, serving the area of Greater Cleveland.

Like many stations on this list, WMMS is owned by iHeartMedia, and it broadcasts a fantastic selection of active rock music and “hot talk” shows.

WMMS played a crucial rule in the growth of record listening figures for bands and acts like David Bowie, Bruce Springsteen and Rush! Rolling Stones also named it the best large-market radio station for nine years in a row between 1979 and 1987.

This mainstream rock radio station operates from the Grand Rapids in Michigan, and it’s owned by Townsquare Media.

The show is now syndicated across 38 markets around the United States.

Located in Panama City in Florida, this is yet another of the best American rock radio stations owned by iHeartMedia.

The station was originally a top 40 broadcaster, but on the 30thof June 2017, the team played “Hello Goodbye” by the Beatles and switched over to active rock as their main genre.

The first official rock song to be played by the new “96 Rock” channel was “For Those About to Rock, We Salute You” by ACDC.

Rocking out on the radio

So, what’s the best rock radio station in the United States?

That’s clearly a question with a lot of different answers. Some people will be drawn to internet radio stations like “Metal Nation Radio” where they can find the rock music, they love through a Wi-Fi connection wherever they are.

Other people will appreciate the local community and flavor that they get when they tune into one of the regional rock radio stations in the US, like WFFX, for Illinois.

It seems like no matter what kind of rock and roll you’re into, there are rock radio station frequencies out there for everyone, all across the US.

All you need to do is be willing to fiddle with your dial from time-to-time to find the latest rock anthems on the airwaves.