Do you need a shortwave radio license?

Why shortwave radio is one of the more confusing elements of the radio landscape. 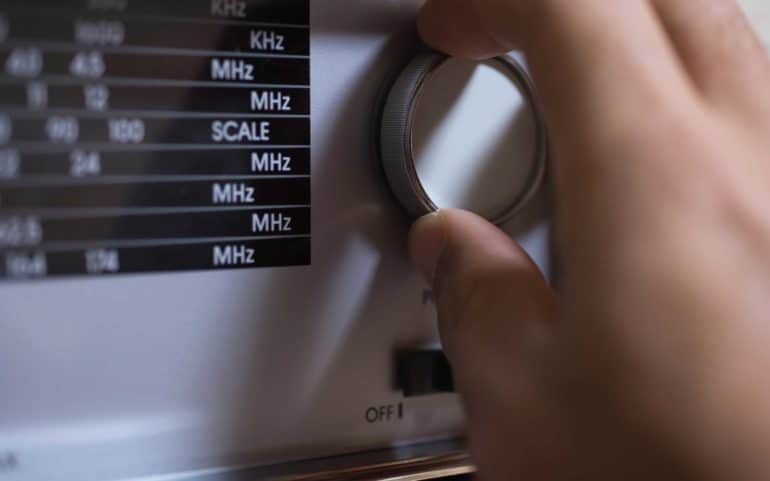 Shortwave radio is one of the more confusing elements of the radio landscape. Here’s what you need to know about shortwave radio license requirements.

Everyone knows about the AM and FM radio stations that they listen to with their car stereo or portable audio system.

However, it seems as though a detailed understanding of shortwave radio only belongs to a few people worldwide.

A shortwave radio receiver is a specific type of radio equipment. These radios are specially designed to receive radio information from countries and places all around the globe.

Unlike traditional radio waves, the waves from a shortwave receiver can travel vast distances.

People who are licenced to use the shortwave network, other than those who operate those much loved music and news stations, are often called radio amateurs, or radio hams in the USA. These people are trained and licenced to communicate with other hams all around the world.

So, how do the radio authorities, the FCC in the USA and OFCOM in the UK, stop shortwave radio broadcasts from being over-run by other transmissions? If you want to operate an amateur radio, you must have a license or you risk being fined and losing all your radio kit.

Is shortwave radio the same as ham radio?

So, is shortwave radio the same as ham radio?

Not exactly. Shortwave radio refers to the specific radio waves that radio hams use to transmit messages.

Ham radio is limited to a specific set of licenced frequencies or bands. On the other hand, shortwave radio covers the entire high-frequency spectrum.

As a ham or amateur radio operator, you are allowed to operate in the internationally allocated Amateur Radio Bands, and you’ll be able to communicate with other hams in those bands. However, to start communicating over any of those shortwavefrequencies, you’ll need a license.

That’s how governments in various countries around the world ensure that the shortwave bands do not become full of unlicenced people that could, and indeed sometimes do, interfere with emergency services, planes, ships and the military.

If you live in the UK or the US, it’s extremely easy to access the shortwave radio bands and listen to hams communicating as well as a multitude of international stations broadcasting news and music and even planes, ships and weather stations.

You can purchase your radio kit online and there is a lot of information out there to help you get started with your new hobby.

The ease of access to radio listening, by SWL ( Short Wave Listeners) often leads people to believe that it’s ok to listento all shortwave stations, as long as they don’t transmit.

Unfortunately, that isn’t always the case.

Shortwave radio license requirements: When you need a license

The UK and the United States have similar guidelines around the ham shortwave radio license, and when people might need one. Ofcom, the regulatory group responsible for radio licensing in the UK, has plenty of documents available online to show you what you need a license for and how to get one.

That doesn’t mean that you can listen to shortwave radio without a license, however. Ofcom dictates that if you want to listen to radio from shortwave radio kit, you should be listening to transmissions meant for general consumption.

That means that you can only listen to:

Ofcom also says that people should never use radio scanners and receivers to listen to illegal radio stations or pirate stations, or anything unlicensed.

Technically, the same is true for any radio kit in the UK, but this is not actively policed and there are many hobby SWL around the world who specialise in listening to aircraft, ships and even use computers to print out weather charts transmitted from around the world, yes even photos and charts!

Because the shortwave radio frequency bands give more freedom to tune into different transmissions from around the world, it’s much easier to chance on an unlicensed broadcast.

Since the law of the UK says that it’s illegal to listen to anything other than general reception transmissions, people without a shortwave radio license should typically avoid shortwave receivers.

However, if the authorities find out that you’ve been transmitting on shortwave without a license, then you could face severe penalties and fines. Governments monitor all the bands.

It is best then to carefully read the rules and regulations in your country regarding what you can listen to and how to obtain that all important ham radio licence if you want to join the international ham radio community of some 2 million licenced operators!

Should you get a shortwave radio license?

Becoming a radio amateur is a specific process that requires careful consideration. It’s not the same as just listening to basic FM and AM broadcasts. The shortwave radio wavelengths give you the power to tap into content from all around the world.

In some cases, shortwave listening can even mean that you happen upon private conversations that people didn’t mean for you to hear.

By issuing shortwave radio licenses to people across the globe, the governments in the UK and US ensure that only people who know how to use the SW bands properly and safely can transmit.

If you’re thinking about using shortwave radio kit for any reason,taking part in a ham radio training programme and getting a license will reduce your chances of getting into trouble if you accidentally listen to something you weren’t supposed to hear, as you will then understand what is allowed and what isn’t.

Additionally, it means that you’ll have learnt how to use the full potential of your shortwave radio kit.

When you have your own shortwave radio license, you can dive head-first into the incredible world of shortwave and make new friends with people across the globe.

You will receive your own allocated callsign and be able to join in on those ham radio transmissions you have been listening to!

On top of that, it’s worth mentioning that shortwave radio licenses are not particularly challenging to get these days, it used to be much harder. 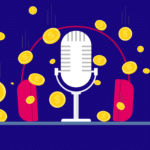 How much do radio hosts make?

In the past, people had to pass a Morse code examination at a considerable speed and undergo a written examination that deeply tested their understanding of radio electronics and the conditions of the licence.

Nowadays the Foundation License for ham radio, in the UK for example is a simple multi-choice test.

You should find that it’s easy to get your license in a matter of weeks, particularly if you have a little help from online communities and local radio clubs that often meet weekly and hold Special Event Stations to celebrate national and local events.

You can then study and progress to an Advanced Amateur licence if you wish that allows more power and the use of more frequencies!

No matter how you choose to proceed with shortwave radio, getting your license is usually the best bet. Remember, studying for your shortwave radio licence will ensure that you learn more about transmitters, receivers and antennas and what they do.

It’s a chance to hone your skills with the help of a growing community and be a part of radio history.

You’ll also be able to use the study guides and benefit form the huge expertise of the national radio associations in your country, such as the RSGB (Radio Society of Great Britain, founded in 1913) in the UK and the ARRL (American Amateur Radio League, founded in 1914) in the USA.

The things that you learn during your studies will make it easier to discover the particular specialism that you may be interested in, perhaps HF transmitting and searching for DX stations (long distance) or using Amateur satellites (yes, they exist!) or even talking to the International Space Station who normally have a licenced ham on the team.

Of course, the biggest benefit of getting your shortwave radio license is that it means you can use your radio kit as a communication tool.

People all across the UK, USA and worldwide maintain a ham shortwave radio license and station so that they have another way to communicate and help in times of crisis.

Shortwave radio is one of the most reliable ways to reach other people when the internet and phone lines aren’t available.

They go on to get their license so that they can take part in radio competitions and other great experiences.

Becoming a part of radio history

Shortwave radio is an exciting part of the radio landscape, but it’s also seen as being difficult for ordinary people to understand, but these days it is not so difficult. Getting your shortwave radio license is a doorway to an exciting and fascinating hobby.

When you study the shortwave radio license and examination requirements and earn your callsign, you become a part of a unique community.

Check out our other articles here at Radio Fidelity to learn more about ham radio. Alternatively, why not look for your own ideal shortwave radio kit in our reviews section?

Radio Fidelity: For the love of radio