Sacked talkSPORT presenters over the years

The sheer volume of sacked talkSPORT presenters making news over the last few years has caused quite a bit of chatter among sports fans. Though talkSPORT is one of the most popular sports radio shows in the UK, it’s also frequently surrounded by controversy.

talkSPORT is owned by the Wireless group and stands as one of the highest-rated sports broadcasters in the UK. talkSPORT isn’t just a sports channel for UK citizens – it’s also the global audio partner for the Premier League, making it a popular name worldwide.

Despite its great programming, talkSPORT also has a reputation for hiring some rather controversial presenters. This has prompted a number of problems for the station over the years.

Today, we’re going to be looking specifically at the stories surrounding some of the better-known talkSPORT presenters who were sacked (or almost fired) over the years.

Originally launched in 1995, as Talk Radio UK, talkSPORT broadcasts from London each day, and it’s the only English station to have sporting discussions broadcasting 24 hours per day. Around 39 hours of weekly non-sports related content were dropped in 2012.

The content shared on talkSPORT includes live coverage of various sporting events, including interviews with leading names in entertainment and sport community.

With endless phone-ins and discussion segments, talkSPORT is a highly engaging station dedicated to maintaining a strong relationship with the community.

Since June 2020, talkSPORT has been responsible for sports bulletins for the Times Radio. The channel is also an official broadcaster for some of the biggest sporting contests in the UK, including the Premier League.

Let’s dive into our overview of sacked talkSPORT presenters.

Prior presenter of the ITV children’s program, Magpie, Tommy Boyd joined the talkSPORT station when it was still “Talk Radio” in 1995. He remained with the channel until November 1998 and was a relatively popular presence on the station.

According to Tommy, he lost his job at the radio station when a reshuffle at the station occurred, due to the takeover by newspaper editor for the Sun, Kelvin MacKenzie. During this transformative period, Boyd started to build a more controversial reputation.

Broadcasting from 3 to 7pm, the format of the show would involve Boyd making propositions like “who needs their legs” and engaging in heated debates with the community.

talkSPORT worked with Boyd again after its name change on the session called “The Human Zoo”, presented with Asher Gould. In early 2004, Boyd joined the BBC Southern Counties radio, and became responsible for a Saturday Night show commonly cited as controversial.

Previously a football player for Tottenham Hotspur, Ipswich Town, and Manchester United, Alan Brazil seemed like an obvious choice for a station called talkSPORT. After he moved into the entertainment industry, Alan appeared on television before moving into the radio.

Brazil joined Talk Radio in 1990, hosting a show called “It’s just like watching Brazil”. When the station evolved into talkSPORT in the 2000s, he became a co-presenter of the 6-10am weekday program, since renamed the “Alan Brazil Sports Breakfast”.

Brazil was first removed from talkSPORT after missing a show in 2004, but he was quickly reinstated three weeks later. The presenter was almost sacked again after sharing unsympathetic opinions about Robin Williams’ death in 2014, which sparked significant public outcry.

Alan has been reprimanded by the talkSPORT a number of times, mostly for his drinking. Brazil has been removed from his role three times over his twenty-year career. In 2006, Alan was given three months’ notice after an argument with the management.

In 2006, Brazil was also in trouble with Ofcom for somewhat racist commentary during the Germany World Cup.

Well-known TV personality, presenter, newspaper columnist, and spokesperson, Jon Gaunt is a well-known name from the talkSPORT broadcast. Gaunt often describes himself as a “working-class, educated guy”, but can often get into trouble for the things he says.

Gaunt hosted a show focused on mid-morning current affairs during his time with talkSPORT. In 2008, it was announced Gaunt’s contract had been terminated, after an interview with Michael Stark of Redbridge Council on the 7th of November.

According to reports at the time, Gaunt had apparently branded the councillor an “ignorant pig” and “Nazi” during a discussion about whether smokers should be able to foster children in care.

Before the interview, Jon had already criticised the Redbridge Council, using similar terms in his newspaper column from the Sun. Ofcom later found talkSPORT to be breaching broadcasting results due to the incident.

Jon’s appeal to get back on the show failed, and Gaunt started a fight for broadcaster human rights in 2009, attempting to sue talkSPORT for unfair termination. In 2010, Gaunt won the right to appeal against Ofcom for reducing his “freedom of expression”.

Gaunt ultimately lost his case, the judge noting the abusive and offensive nature of the broadcast was “gratuitous, with no factual justification.”

Rod Lucas, a talkSPORT presenter with links to Radio 1 was removed from his position with the sporting talk show after a list of people connected with the BNP was listed on the internet.

The company stated they had removed Lucas immediately and had no plans to use him again in the future after the leak on Google named him one of the BNP’s members.

The decision to get rid of Lucas was made not long after Jon Gaunt was fired from talkSPORT due to his “Nazi” commentary. However, according to talkSPORT, the removal of Lucas technically wasn’t a sacking, because he was only a temporary member of staff.

When presented with the accusation of being a part of the BNP group, Rod claimed his membership was part of a covert research product and had nothing to do with his personal beliefs. 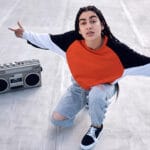 One of the most recent talkSPORT sacked presenters; Dan Walker was dropped from the radio station in a matter of days within December 2020. According to Walker, he was sacked by the radio company within three days on the job, after a terrorist scare in London made it impossible for him to reach the station on time.

After being an hour and a half late for his segment, Dan said he had apologised profusely, but the station didn’t believe him. The controller phoned Walker to inform him he should no longer come into the office.

Walker has spoken at length about the unfairness of the sudden sacking with a number of media companies in the last year.

Another of the more recent sacked talkSPORT presenters, Georgie Bingham announced in October 2020 she would not be returning to the station after her contract was cancelled for the new season.

According to Bingham, the decision not to continue the contract was not hers to make. She was told they’d like to have a presenter with more “football expertise”.

Georgie left talkSPORT with no “thank you” for her service, or public announcement of her being let go. Bingham had worked at the station for a total of 9 years at the time and had hosted the weekend breakfast show for at least 6 of those years.

She also posted increasing or positive listening figures for every quarter of this time, bar three.

Following her departure, Bingham received a huge number of messages from listeners on Twitter who couldn’t understand the decision made by talkSPORT. Discussions on the topic have since suggested the firing was due to Georgie’s gender.

While Mike Graham technically has not been fired from talkSPORT at this point, he’s definitely worth a mention after controversy surrounding his name in 2017. There were community calls for the presenter, who had begun working with talkSPORT in 2011, to be sacked in 2017.

After a few contractual disputes which made Mike’s future with talkSPORT somewhat uncertain to begin with, Graham made a comment on Twitter in which he called football fans from Liverpool “murderers”, following the Heysel Stadium Disaster of 1985.

talkSPORT certainly had its fair share of controversial presenters over the years, as well as firing decisions made seemingly without a known cause. Fortunately, the channel remains to be a popular place to seek out sporting news and updates in the UK.